ive short years have produced no less than 17 separate named Magic mechanics. Chances are you've seen most of them hit the scene, succeed or fail, then become staples or fossils. Have you ever wondered where the ideas came from, or why a particular mechanic just didn't make the cut? I interviewed the R&D staff about some of the winners and losers. Here's what I learned.

Back in the Day

According to Richard Garfield (who's solely responsible for most of the mechanics in the Limited Edition,), flying was the first mechanic conceived. "I knew right away that I wanted flying to have some meaning in the game," said Garfield. "It seemed very natural that flying creatures would be different somehow than non-flying ones. Luckily, the first idea for flying turned out to be intuitive and elegant. We didn't have to modify it at all."

Flying also heralded the classification of early Magic mechanics (landwalk, landhome, trample, and regeneration) as motif-based rather than mechanic-based. Mechanics arose from visualizing how two armies of creatures would battle each other, rather than creating mechanics and then fitting them into the Magic world. More recent mechanics have been based in game structure rather than fantasy.

"Most of the abilities in the Limited Edition came from coming up with a creature, and then inventing an ability that made sense for it," says Garfield. He cites Sea Serpent as the impetus for landhome and Drudge Skeletons for regeneration. "Once regeneration was in place, I wanted something to make really big creatures worth their cost. Trample was the result—it was developed almost solely for War Mammoth and Force of Nature." 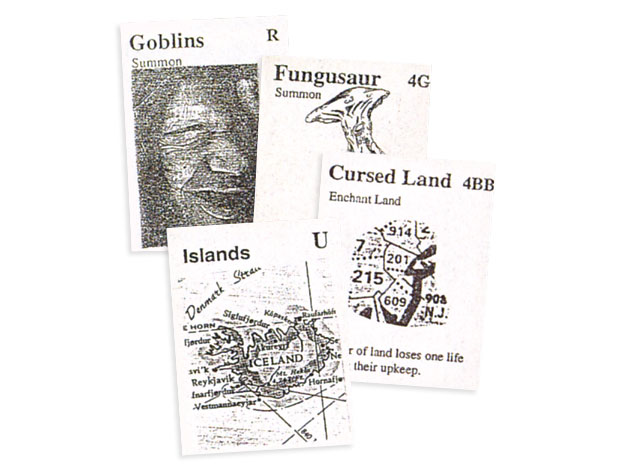 Interestingly, some early abilities actually created basic game concepts. In designing protection, Garfield thought mainly of White Knight and Black Knight. But when the designers started to discuss what exactly comprised protection, they realized the ability was more complex than they thought. Would Wrath of God destroy a Black Knight? Would Pestilence damage a White Knight? These discussions led to the concept of targeting.

Protection wasn't the only tricky mechanic to be placed on white creatures. Garfield wanted a number of cooperative and/or defensive abilities for white, and the results were mixed. One success was first strike, which he originally envisioned as long-range weapons. The problem child turned out to be banding, which he intended to represent line wars, allowing players to heap all damage onto a single creature, thereby martyring it.

Garfield didn't think banding was too complex at first. Since then, understanding how banding works has become almost a rite of passage for Magic players. Garfield believes this confusion is mainly due to banding's dual modes. "The first step to [understanding banding] is seeing that it's really two abilities," he says. Not that players will have to worry about it too much—R&D has no plans to use banding again anytime soon.

After the Arabian Nights expansion, Richard moved onto other projects and away from card development. To design new sets, R&D created design teams, and the mechanics in each set reflected the interests of the designers assigned to those teams.

The Legends design team consisted mainly of roleplayers—you can see the RPG flavor in the set's mechanics. It introduced two new card types to represent unique heroes and places: Legends and Enchant Worlds. Rumor has it that some designers' RPG characters even made it into the set (and early versions of rules for Legends made them untargetable!).

The roleplaying influence also shows in the set's mechanics. The ill-fated "bands with other" mechanic was a motif-driven attempt to build realistic behavior into certain creature types, such as Wolves. Rampage seemed to give some creatures a sense of battle frenzy, but in game play, it became more of a complicated way to make a creature partially unblockable. Would you double-block a creature with rampage 3?

In contrast, the Mirage design team was mostly a group of wargamers and card-game players. Their new mechanics weren't motif-based, but driven by specific goals for the Magic game. Phasing arose from an attempt to bolster sealed-deck play. Sealed had become popular, but R&D realized that too many sealed-deck games came down to one player gaining creature advantage and the other being unable to recover.

Phasing addressed this problem by keeping the playing field variable, and by allowing bigger creatures for a lower price. Moreover, it enabled players to strategically time their global destruction effects to keep their own permanents in play. Unfortunately, the design team didn't foresee just how complicated phasing would become under the scrutiny of highly competitive players.

Flanking arose from the belief that 2/2 creatures for three mana—such as Gray Ogre and Pearled Unicorn—are, according to Bill Rose, "the worst creatures in the game." "We wanted to put three-casting-cost creatures on the map," says Rose, "and flanking was the result. "The ability went through a few permutations, the first of which was that a creature blocking a flanker got -1/-0 and was dealt 1 first-strike damage. Once the mechanic was settled, the team gave it a name inspired by the effective military tactic of attacking the enemy from two sides at once.

The Mirage team (which designed the Visions expansion simultaneously) also came up with one of the most popular mechanics in recent years: creatures with "comes-into-play" effects such as Nekrataal and Man-o'-War. "I was looking for a simple creature mechanic to use in the Portal set," admits Rose. "We liked the way the 'comes-into-play' creatures played so much that we put one of each color into the Visions set." Who knew Portal design could yield such great cards? 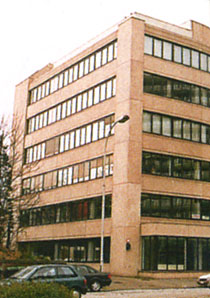 All the Modern Things

By the time the Tempest design team was formed (which included Garfield for the first time since Arabian Nights), Wizards R&D had a pretty good idea of the types of mechanics that work. As you'd assume, this savvy also meant that Rath Cycle mechanics were much less motif-based.

Take buyback, for instance. Most players assume this mechanic grew out of concerns
over maintaining card advantage, but the impetus behind buyback was actually changing the way your opponent had to react to your spell resources. During a brainstorming session, the team discussed Cosmic Encounter, the card game often credited with inspiring Magic.

Cards in one Cosmic Encounter supplement have an effect from your hand—you don't have to play them to use them. "I was interested in how these cards forced your opponents to adjust their game play," says Garfield. In fact, the first version of buyback didn't give you the option of not buying back the spell.

Shadow, on the other hand, hardly changed at all from its initial form. Two designers—Mike Elliott and Richard Garfield—came up with the idea independently of each other. "Before I started working for Wizards, I had come up with this idea I called 'astral,'" says Elliott. "The concept was that the creatures were fighting on another plane. They were mostly slimes and oozes—I envisioned the plane as a protoplasmic place."

Unfortunately, MicroProse had already used the name "astral" in their PC version of Magic to refer to cards unique to that game. The mechanic went through many nicknames—"ethereal" and "etheric," for example—but eventually the team settled on the mechanic's first nickname after "astral": shadow.

Garfield approached the idea as a tweak on the classic flying mechanic. He notes, "We had already printed some 'high fliers,' so shadow was a relatively natural next step." The final element to the success of shadow was the early development of the mechanic, which allowed Mark Rosewater and Michael Ryan time to create a corresponding story element—the Soltari, Dauthi, and Thalakos, which were integrated into the Tempest plot.

Like buyback, the Urza's Saga mechanics were driven by game play and structure rather than any fantasy motif. Perhaps that's because they were originally included in Tempest. That's right—the Tempest design team came up with cycling and echo—called "sliding" and "flashcast" at the time—during the Tempest design process. "Echo's first name was 'planeshift,'" says Mike Effiott, "and originally, the creature couldn't do anything before you paid its echo cost."

Cycling came from Garfield's interest in sprucing up narrow cards, such as color hosers, as well as making big creatures more viable. The mechanic was originally called "sliding" because you put the card on the bottom of your library and drew another. The team changed the mechanic because playtesters stated that picking up your library over and over again to "slide" cards was cumbersome and annoying.

The jury's out on whether players will judge cycling and echo as interesting or as Tempest rejects. They may not be as flashy as buyback or shadow, but this author has already learned to love them.

There are countless other minor mechanics with interesting histories. For example, Mark Rosewater created the "free" spells in Urza's Saga because he wasn't allowed to do cantrips. "Since I couldn't replace the card," he says, "I replaced the mana." Cantrips were actually inspired by a very unlikely source: Jeweled Bird, an Arabian Nights ante card. Legacy's Allure single-handedly spawned all the "growing" enchantments in the Urza's Saga set.

If you want more history, write your friendly neighborhood Duelist editors. If they don't know where a particular mechanic came from, they'll find out ... or make up something that sounds cool.