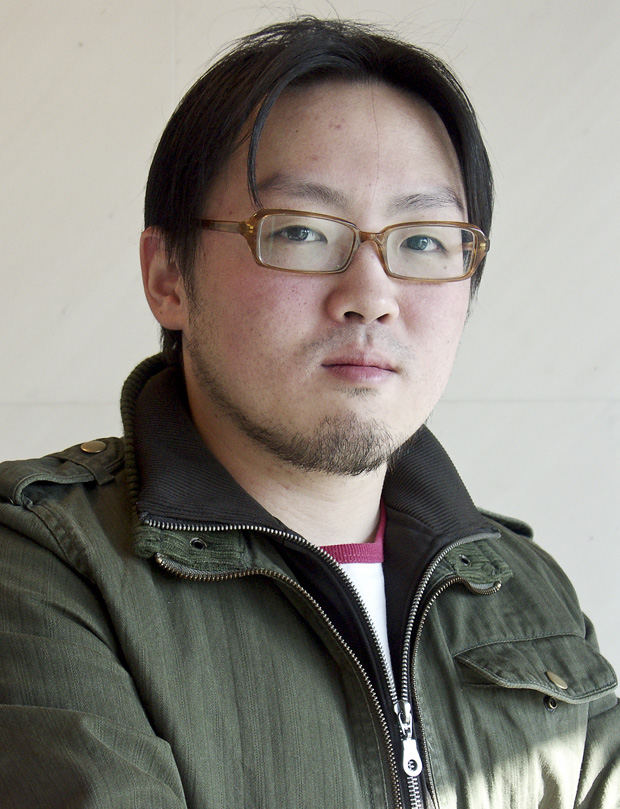 taru Ishida, one of Japan's most well-known players of Magic: The Gathering, passed away on January 13 at the age of thirty-three. Followers of social media have likely seen the comments of shock and lament from players around the world, as well as from personages connected with the game, regarding Ishida's sudden death. Here, I would like to take a moment to look back at the career of this remarkable player.

Born in 1979, Itaru Ishida was in his teens when Magic first appeared. Already possessed of a gamer's temperament before he encountered trading card games, Ishida was quickly entranced by the genre and began to play regularly with his friends, who would end up sharing his lifelong commitment to the game. Ishida fast became a fixture in the domestic tournament scene, and soon established his reputation as the "Strongest High Schooler" in Japan by traveling abroad multiple times to play in the highest level of competition Magic has to offer, the Pro Tour. Eventually signing a sponsorship contract with the card shop Future Bee, Ishida became Japan's first true professional card-game player. Ishida was one of the pioneers of Magic in Japan, but he was never one to rest on his laurels. In his thirty-three years, he accumulated a series of achievements that people twice his age would have trouble boasting of: seventeen Grand Prix Top 8s, including two wins; a 2nd-place finish at a Pro Tour; two 2nd-place finishes in the Masters Series; and thirteen consecutive appearances in the Japan National Championship, a record that still stands as of this writing.

Looking back on his career, Ishida is probably best known outside Japan as a master of the Trios Limited format. Together with Reiji Andō and Kazuyuki Momose, Ishida's team "Panzer Hunters" took home a Finalist trophy twice from a Masters Series, a feat akin to placing similarly at a Pro Tour, if not actually harder. Tales of Panzer Hunters' prowess are legendary, and indeed Ishida's sole Pro Tour Sunday appearance was at an event featuring this format—in 2004 at Pro Tour Seattle. Flanked by equally renowned Japanese pros Tsuyoshi Ikeda and Jin Okamoto as members of Team "www.shop-fireball.com," Ishida was able to raise the Finalist trophy over his head. In addition to these finishes, Ishida was also the finalist in two Grands Prix (Osaka 2005, also team, and Okayama 2004). 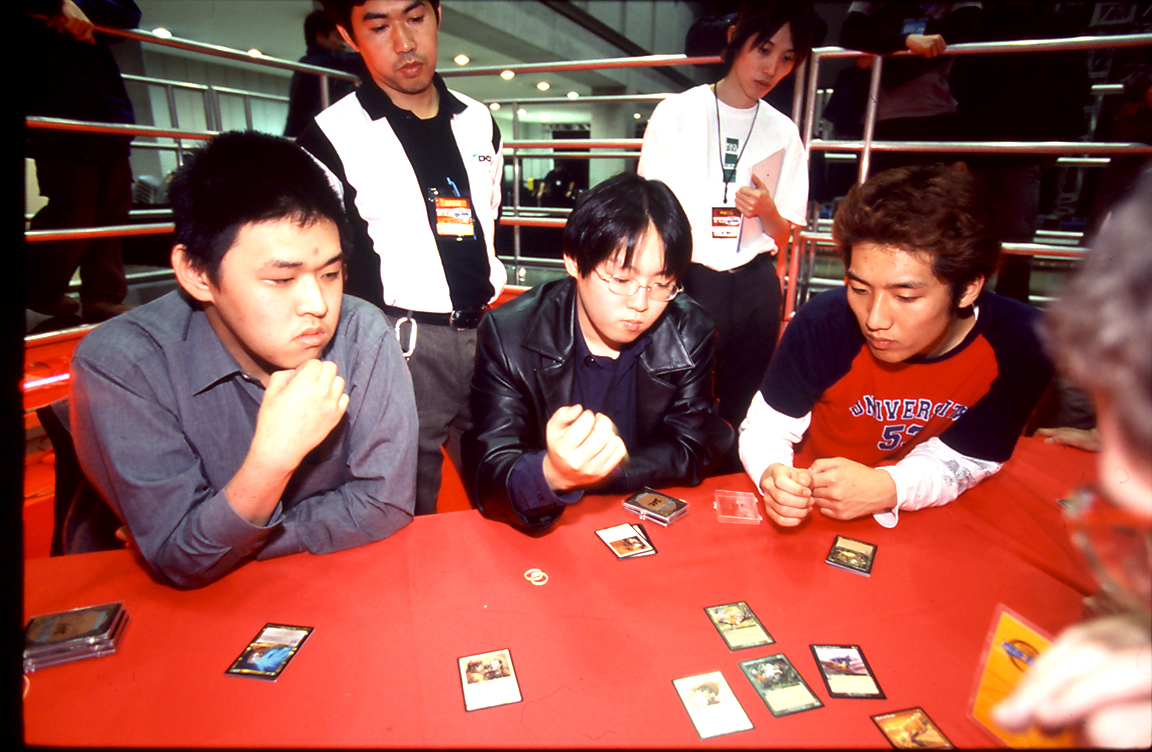 While the team format allows players to combine their strengths and cover each other's weaknesses, the consistent success of both Panzer Hunters and Team shop-fireball.com is due in large part to their entrusting Ishida with the baton and letting him conduct. Ishida controlled the draft picks for the entire team, and to anyone watching it seemed as if Ishida was directing the entire table, building everyone's decks as he went. As if he were possessed of a sixth sense, Ishida was able to predict both his teammates' needs and anticipate his opponents' desires, and plotted out the draft in his head, adjusting his strategy as needed. For this extraordinary skill, Ishida acquired the nickname of "Team Draft Wizard."

Ishida was more than just a skilled player, however. As can been seen from the number of decks that stand out in Japanese Magic tournament history to which his name is attached, Ishida was also a gifted deck builder. His "Itaric Blue" Urza's block deck was so copied that Grand Prix Kyūshū in October 1999 was literally a sea of blue; five players of the Top 8 of that event, including Champion Tadayoshi Komiya, used a variant of the deck. Similarly, his RG beatdown deck "Hannya Mask" that he used to win The Finals 2001 was designed as a metagame response to completely dominate the Psychatog decks running Upheaval that were dominating the tournament scene at the time. While there are numerous stories that could be told about Ishida's ability to crack the metagame, we can finish with perhaps the two most notable—in 2001, Ishida took what he learned at Grand Prix Las Vegas and in less than a week retuned his Extended "Wild Zombie" deck to the point that he was able to Top 8 at Grand Prix Sendai, and again in 2001, he won Grand Prix Kobe (what was then the largest tournament in the world, with 1,350 players) with his "Trench Control" Invasion Block deck.

While his tournament performances would be more than enough to secure Ishida a place in Magic's history books, his contribution to the game doesn't end there. He was a frequent contributor to a number of websites and tirelessly worked at evangelizing the game and the TCG genre. His contribution and work was key in establishing the Japanese version of the Sideboard Online site.

Ishida was also passionate about cultivating the next generation, and in fact acted as a bridge between multiple groups of players. The "Strongest High Schooler" of the 20th century grew up to become a community leader of the 21st century Japanese pro community. There are far too many examples of his leadership to list exhaustively, but there are a few that stand out.

In 2001, Katsuhiro Mori was striving to become Rookie of the Year, which would have been a first for a Japanese player, and indeed one of the first international titles ever captured by Japan. To help their countryman, Ishida joined with Mori and Osamu Fujita to form the team "Anchans" ("brothers") and traveled to Grand Prix Taipei in July. Their finalist finish in that event gave Mori the push he needed to capture the rookie title at the World Championship later that summer. Needless to say, Mori continued to grow as a player, eventually becoming the first Japanese world champion.

In 2005, the year Japan captured three titles at the World Championship, Ishida's presence was again felt. One of the trophies taken home by Japan in 2005 was Player of the Year, won by Kenji Tsumura. He did so in part due to his 2nd-place finish at Pro Tour Philadelphia in May and his 3rd-place finish in Pro Tour Los Angeles in October. The four-color Myojin deck Tsumura used at the Kamigawa Block Constructed event in Philadelphia and the Dredgatog Extended deck he played in LA were both masterpieces created by Ishida. 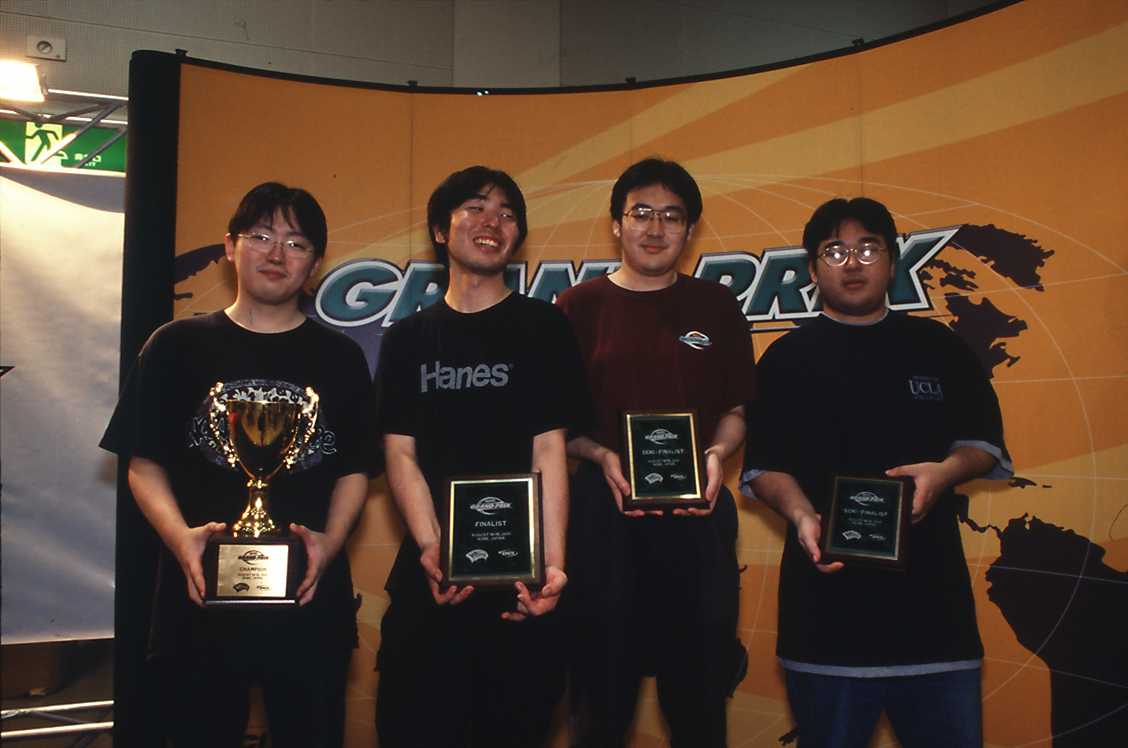 In April of 2006, Ishida formed Team "Limit Break" with Takuya Osawa and Ryō Ogura and proved that he was just as good at Team Constructed as Team Limited by taking home a 3rd-place trophy from Grand Prix Hamamatsu. His teammates quickly put to practice the lessons they learned from Ishida: Osawa went on to win Pro Tour Prague in June that year, while Ogura placed second at the World Championship in Paris in December.

So many titles can be used to describe Ishida—Team Draft Magician, Master Deck Builder, author, educator. "Japan's Strongest High Schooler" walked alongside and grew with Magic: The Gathering for over ten years, and his footprints have left deep impressions. Certainly, he will be remembered not just as "Japan's Strongest High Schooler," but indeed as one of Japan's strongest players, period.

And Ishida's contributions to the TCG genre do not stop with just Magic. He contributed to both the design and development of Wizards of the Coast's Duel Masters card game, and as an employee of Takara Tomy he helped design the Inazuma Eleven trading card game. He devoted his life to Magic, to the trading card games he loved, and to the various communities surrounding those games that he helped create and nurture.

As a representative of Wizard of the Coast, from the bottom of my heart I would like to sincerely praise and deeply thank Itaru Ishida for his contributions to both our games and the genre.

Itaru, may you rest in peace.

1 Spirit of the Night

1 Spirit of the Night
55 Cards