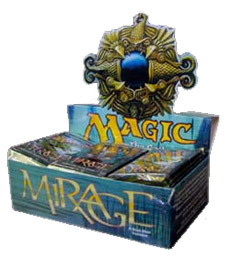 Mirage introduced two new abilities to the world of Magic: the Gathering: Phasing and Flanking.

(For the Mirage FAQ, see the Magic Set FAQs page.)

Welcome to Jamuraa, a land steeped in magical traditions that have existed for millennia. The northwest of the huge continent of Jamuraa is occupied by three nations: the militaristic kingdom of the Zhalfirins, the religious state of Femeref, and the trading province of the Suq'Ata empire.

Until now, Phasing, Flanking, and Enchant Worlds have been unknown online. And there have never been any Mirage theme decks anywhere! The four decks were created in four different ways: there was an online tournament (won by Markus Pettersson) for the right to create the first one; then Jay Moldenhauer-Salazar made one with the help of his readers. The third one is currently being created by the readers of magicthegathering.com, and the fourth one will be made by R&D. 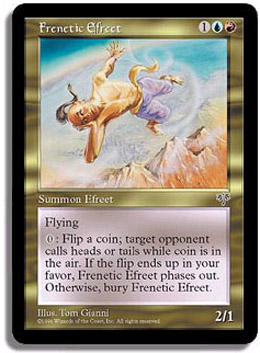