ith each new Magic set we get to show off a handful of new tokens that we're printing. Usually this is four or maybe five new tokens. For Modern Masters we are creating a slew of tokens to support the cards, some of which are token cards that are being made for the first time ever! 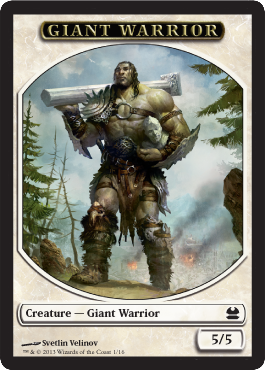 Behold the mighty Giant Warrior! Originally printed for Morningtide, it is back again but with all new art! 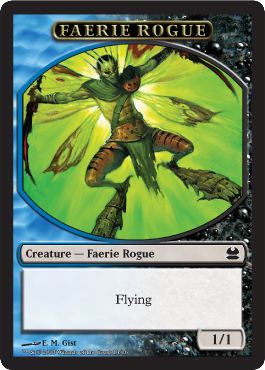 There have been two Faerie Rogue tokens made, one as mono-black in Morningtide, and the Blue-Black token in Shadowmoor. This is the latter brought up to Modern Masters. 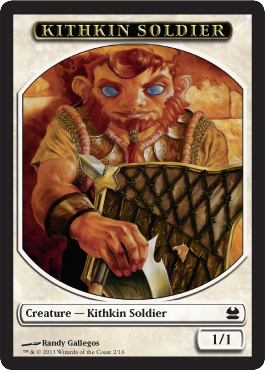 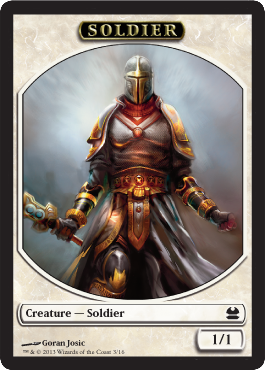 Here are our valiant white Soldier tokens from Scars of Mirrodin. I really love this art. 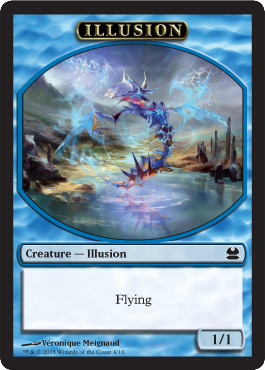 We've made 2/2 Illusion tokens before during Zendikar but this is the first time we've done a 1/1. 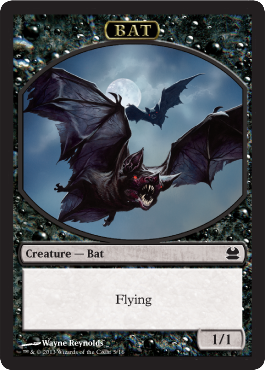 And here is a completely new token! Bats have been around Magic for a while but they've never had a token card printed in any shape. Until now. 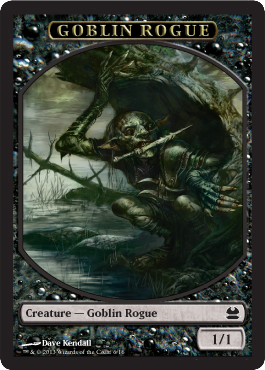 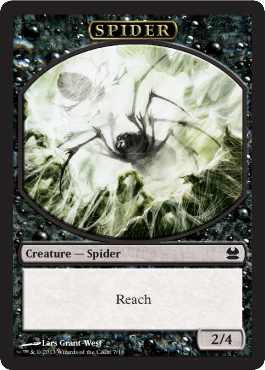 Now here's a brand new token! We've done 1/2 green Spider tokens before but this is the first time we've done one for black and as a 2/4. 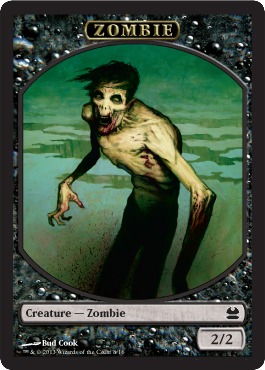 We've seen a lot of Zombie tokens over the years; this one comes from Magic 2010 and Magic 2011 and now Modern Masters. 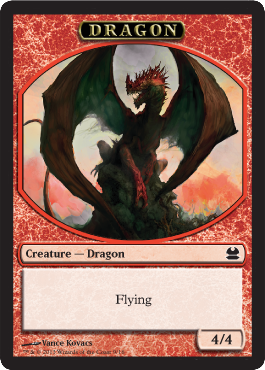 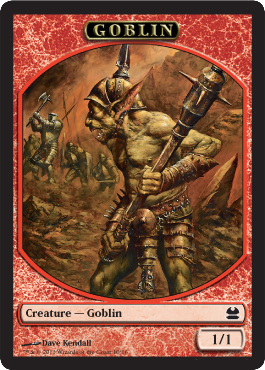 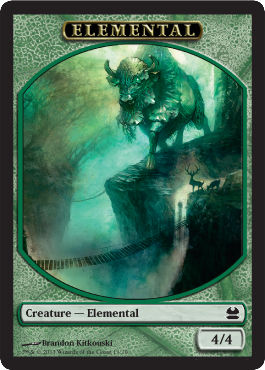 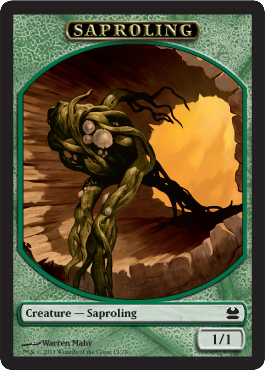 There have been numerous Saproling tokens made over Magic's history, most recently for Return to Ravnica. This is the Saproling token art from the Duel Decks: Phyrexia vs. The Coalition. 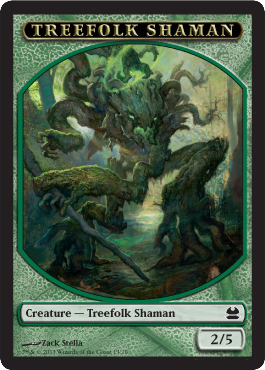 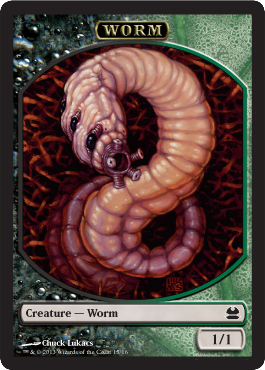 This token art was originally released in Eventide for Worm Harvest. However, unlike Eventide, Worm Harvest is now an uncommon, rather than being a rare. 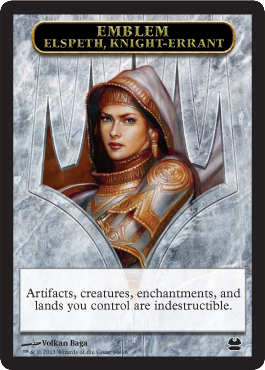 And we wrap this up with Modern Masters's new Elspeth emblem card! While she was the first Planeswalker who gave players emblems, we did not make an emblem card until the Duel Decks: Venser vs. Koth, which had an emblem for Venser.