ust two weeks ago I was in sunny Valencia for Pro Tour Born of the Gods, I can remember it like it was just... a few weeks ago. At the Pro Tour we got a look at Modern and the many competitive archetypes and decks that make up the format, with Shaun McLaren winning it all with his RWU Control deck.

Well, just a few days from now, Modern will again be in the spotlight at Grand Prix Richmond. With over 3,000 players registered it's already set to be the largest Constructed Magic event ever!

For every Pro Tour, we work with R&D to produce material and graphics to use during the broadcast, much of which never sees the light of day as we focus on bringing match play to the viewers. So for today's Arcana I wanted to give you all a peek at some of the slides produced by R&D for the most recent Pro Tour.

Our first slide looks at Bile Blight. One of the Born of the Gods cards we had identified as possibly impacting Modern. It gives a good idea of the sort of information we like to share on these slides: cards that are similar to it, highlights some uses, and also gives some R&D info. 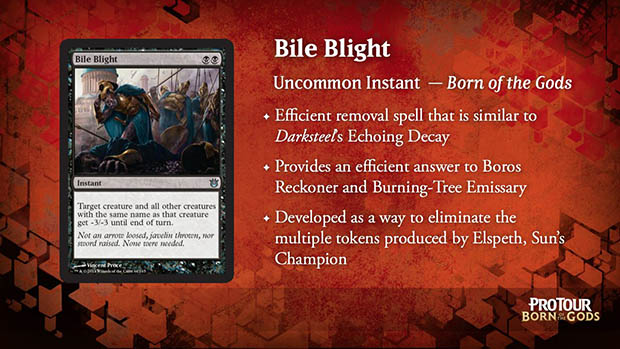 Next is Brimaz, King of Oreskos. I enjoyed this one because the factoid is that this was LSV's first Top Decks article for DailyMTG. 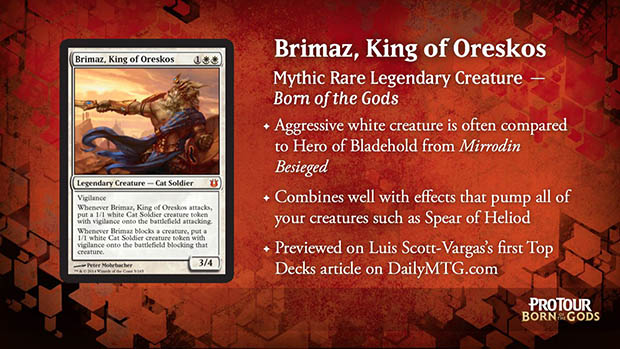 This is one I wanted to highlight because I wanted to remind viewers, our Pro Tour coverage has to serve the least experienced of players so we have to call out things that experienced players consider blindingly obvious. On the next slide we highlight the synergy between trample and power-boosting effects. 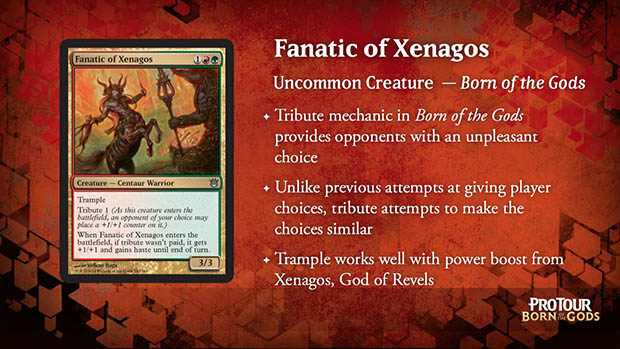 This slide highlights for me that I need to dig into these from more future events in hopes of uncovering Arcana fodder. The fact that Nullify was at one time able to counter all enchantments and not just Auras is pretty interesting. 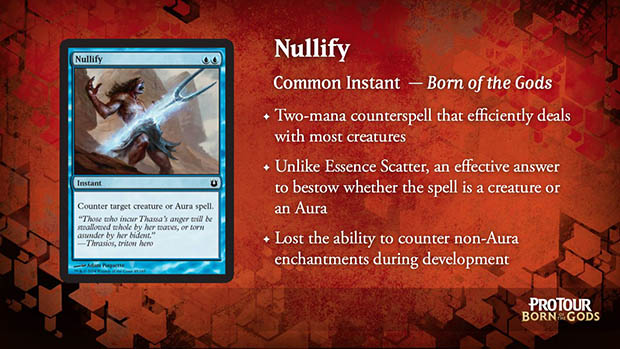 There were many more Born of the Gods–centric slides, but now we're going to transition to cards from Modern. First up is the powerful (although absent at the Pro Tour) Æther Vial. Here you see how we like to highlight where players might have seen this card in previous premier play. 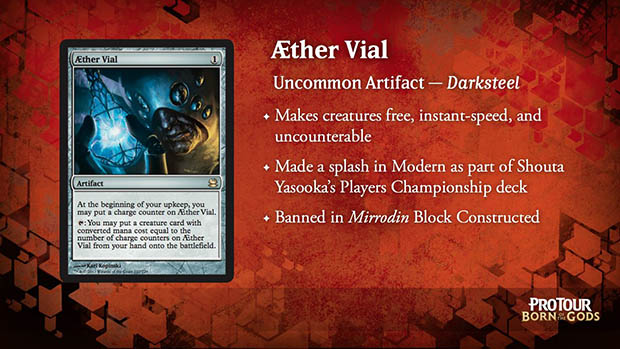 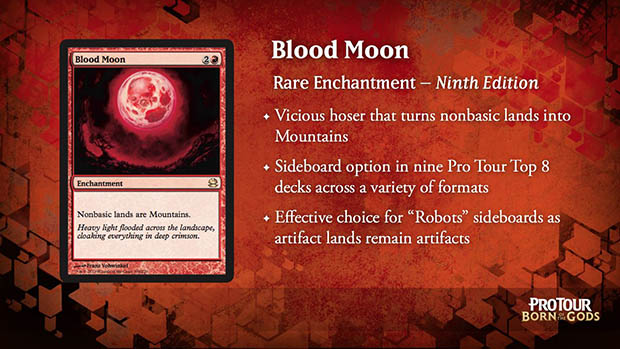 Did you know Kiki-Jiki, Mirror Breaker was initially blue, then green, before ending up red? 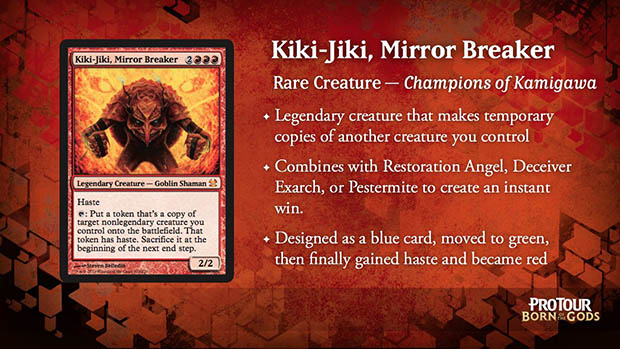 We had this slide prepared, and were rewarded when Michael Hetrick made his run on Day One of the Pro Tour. 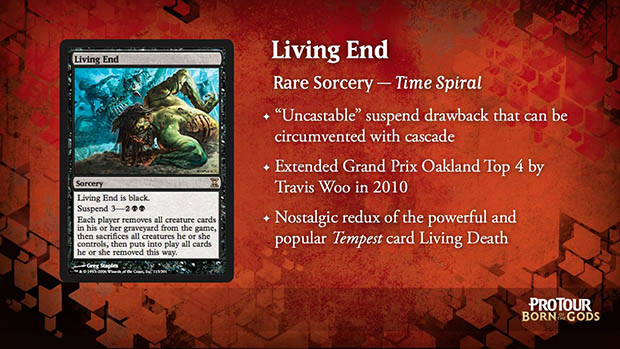 Created for Pro Tour Born of the Gods given its recent reentry into the Modern format. 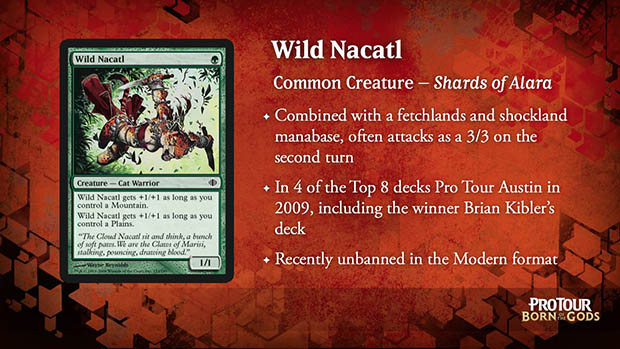 And then we do slides that aren't just about cards. Here is a handy walkthrough of how Kiki-Pod (a combo deck that utilizes both Kiki-Jiki, Mirror Breaker and Birthing Pod) goes about winning. 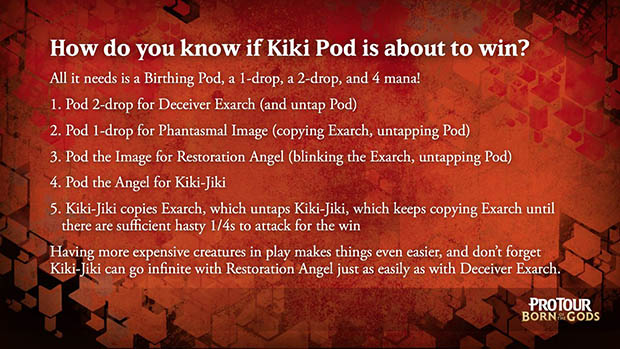 And for easy reference, here are all the cards referenced above.