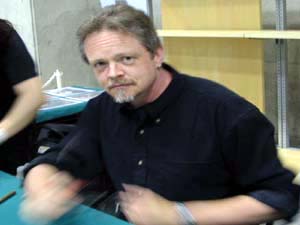 When Todd Lockwood attended his first Sci Fi and Fantasy convention, a door was opened that led to a staff position at TSR. With an impressive body of fantasy images, Todd helped to redefine the look of the popular Dungeons and Dragons game for the Third Edition release.

His work has been honored with appearances in Spectrum and the Communication Arts Illustration Annual, twelve Chesleys, two World Fantasy Art Show awards, a Silver Medal in the Spectrum Annual, and numerous industry awards. Now he finds himself in Washington State freelancing again, doing the kind of work he enjoys, with fans all over the planet. You can see more of his work at www.toddlockwood.com. 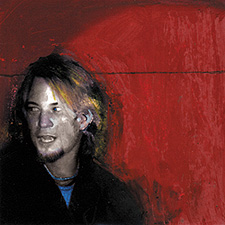 Off-center, often tongue-in-cheek concepting, an eye for detail, and the tragic ability to render that detail in unforgiving watercolor have landed Jeremy squarely in the Fantasy/Gaming Industry’s good graces. His work has been included in The Spectrum Awards and The Society of Illustrators’ prestigious Annual Exhibition.

Now residing in Seattle, Jeremy works in-house with Wizards of the Coast, having served as Lead Concept Artist and now serving as Art Director for Magic: The Gathering.

After his beginning with White Wolf, Doug moved between comics and games with a majority of work for Wizards of the Coast, eventually leading the visual design on Ravnica. After a year of freelancing ,which included work on Sci-Fi channel's "Amazing Screw on Head" cartoon, he accepted a full-time position with NCSoft and later Red5Studios, where he currently works under a veil of secrecy with an amazing group of creators. For 18 years, Doug Alexander has been lucky enough to draw for a living and he likes it that way.