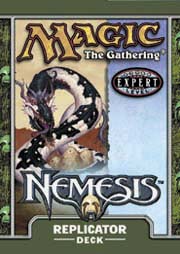 our opponents will have double the trouble defending against the duplicating creatures of Replicator. What little more it costs to play these harbingers of doom is well worth the suffering they inflict. 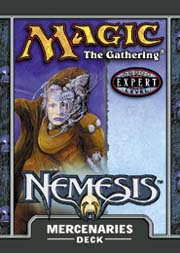 ith Mercenaries you enlist an infantry of vile fiends to do your bidding. Where there is one, there are many as you use these creatures' recruiting ability to spawn other monstrosities until the victory is secured. 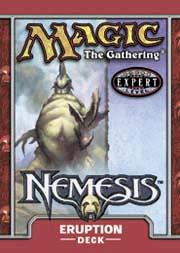 ruption is bubbling over with creatures that can spell death to your rivals. Anything they fail to destroy is fodder for the laccolith and flowstone brutes that inhabit this deck. 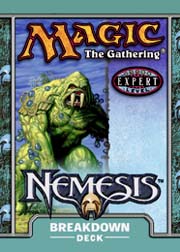 reakdown gives you the advantage just long enough to give your opponents a thorough bashing. Gargantuan creatures can be played early, but with a slight catch: they decay quickly. So act fast.