Editor's Note: I would like to thank Sam Black for writing Daily Decks for these past six months. Unfortunately, our contract is up and this will be his last Daily Deck. I've really enjoyed having his insights into decks and deckbuilding. We're bringing a new face from the Pro Tour to Daily Decks next week and it is someone who I think you all might be familiar with. You'll have to come back on Tuesday to find out who, Monday’s Daily Deck will be the winning decklist from this weekend's Grand Prix Kansas City.—Trick

lack/White decks based around lifelink are something I try to build as each new set comes out. With Magic 2014, I think there’s a chance I might finally have the cards to do it, thanks to Archangel of Thune, Fiendslayer Paladin, and Path of Bravery. 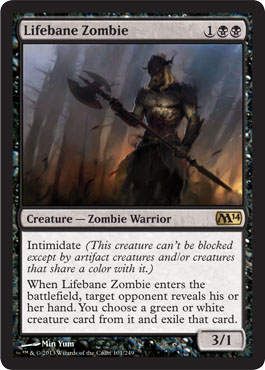