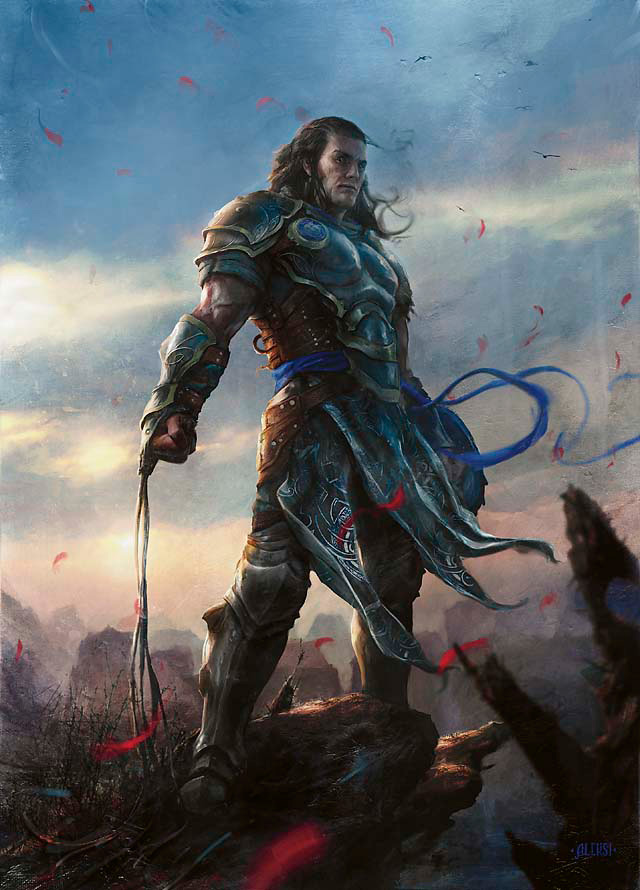 Wherever chaotic forces rise to threaten innocents, Gideon Jura can be found diving into the fray. Gideon fights with a fluid grace and deftness that rivals any warrior on the battlefield, practicing an obscure martial art with his unique bladed whip weapon, the urumi. Although he is an accomplished mage, he prefers to wade into battle personally rather than hide behind his spells.

Once the rival of the pyromancer Chandra Nalaar as part of a holy Order, Gideon has left his hieromancers behind, and now he seeks to strike a blow against mindless destruction on Zendikar. There he finds the Eldrazi, an adversary more deadly than he could have possibly imagined, waking from their slumber, ready to put his skills to the ultimate test. 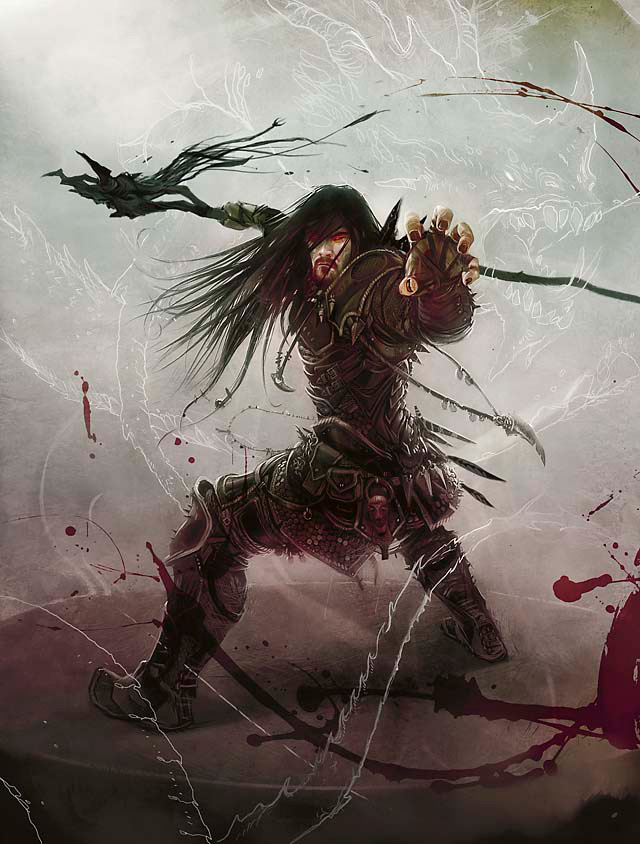 Servitude to the ruthless planeswalker Nicol Bolas has taken its toll on the sanity of Sarkhan Vol. Sarkhan had searched the Multiverse for a dragon ferocious and powerful enough to be worthy of his worship, and found it when he encountered Bolas on the plane of Alara. But ever since pledging his fealty to Bolas, the consequences of Sarkhan's decision have weighed heavily on his soul. As he planeswalks throughout the Multiverse, keeping tabs on other planeswalkers and doing obscure errands for his new master, voices of doubt plague his mind.

Sarkhan's latest mission was to guard the Eye of Ugin, an ancient subterranean chamber connected to the fate of the Eldrazi, where Sarkhan heard haunting whispers of Zendikar's past. Now, due to the actions of rival planeswalkers, the Eldrazi have been unleashed. Sarkhan must answer for his apparent failure at the Eye—and Nicol Bolas is unlikely to be a forgiving master.