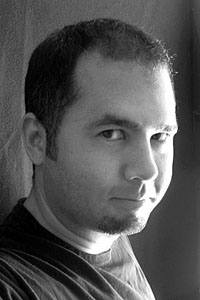 Dan Scott started as an avid player of Magic: The Gathering and was thrilled when he finally got the chance in the Champions of Kamigawa set to illustrate his first card. Since then he has contributed to nearly every set and has gone on to do art for more than 70 cards for the game. Today his art can be found on numerous other products including book, magazine and comic covers. 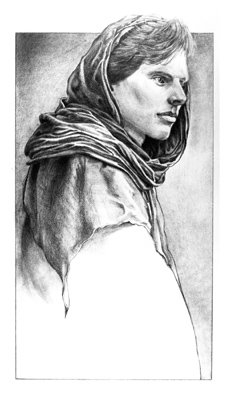 Rob Alexander is a Canadian-born artist who has spent the past 18 years working primarily in the publishing and gaming industries. He has written and illustrated two books, "Welcome to My Worlds", a collection of his work released by Paper Tiger, and "Drawing and Painting Fantasy Landscapes and Cityscapes", an art instruction book from Quarto in the UK and Barron's in the USA. A third book, also from Quarto / Barron's, which focuses on architecture for the fantasy artist is currently in production and will be released late in 2010. He has also done conceptual art and world design work for the likes of Sony, Microsoft, Hasbro, Nickleodeon and Warner Bros.

An artist for the popular trading card game Magic: The Gathering since its inception, he has been a conceptual designer and artist for several recent releases, in addition to working on 10 other card games, including 45 pieces for the Lord of the Rings card game from Iron Crown Enterprises. Recently, he has also contributed to the D&D universe, doing both conceptual world design and finished art for D&D 4th Edition, plus Dragon and Dungeon magazines.

His paintings have shown up on book covers and interiors for the updated "Guide to Shannara", as well as numerous novels from TOR, Harper Collins, Del Rey, Berkley and Taschenbuch, along with several collector and small press publishers like Donald Grant, Old Earth Books, Shadowlands Publishers and Tachyon Publications. His artwork has graced the covers and interiors of Amazing Stories, F&SF, Realms of Fantasy, Dragon, Inquest, the Duelist, and MZB's Fantasy magazine, as well as the cover to the French release of the multi user computer game Dark Age of Camelot.

Rob currently lives in the wilds of Oregon, where he loves to watch the mist on the hills, creating new worlds and exploring new ideas.