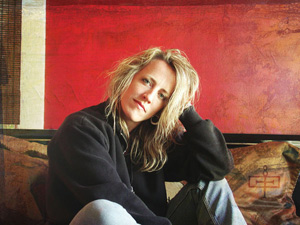 Terese Nielsen has become one of the most recognized names in fantasy art. Her work has captured the imaginations and hearts of many as they are continually enchanted by powerful, inspiring images on everything from superhero trading cards to collectible card games, video game packaging, book covers and more. She has received many honors, awards and recognitions for her achievements.

Some of her most popular work has been done for Magic: The Gathering, which has a huge international following. She has created the look for over 100 cards and has been in almost every card set since 1996.

Terese currently resides in Temple City, California with her partner and their four children.

Want to see all of Terese's cards in Gatherer? 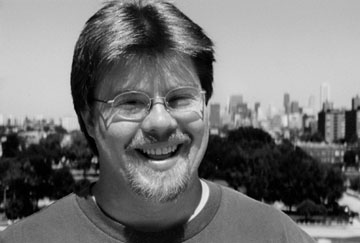 Jim Nelson received a B.F.A. in Drawing from Northern Illinois University. His work has appeared in numerous games, books, and magazines and he has been represented in the juried annual "Spectrum: The Best in Contemporary Fantastic Art" as both an artist and art director. Jim is also an award-winning graphic designer and a die-hard football fan. His artistic influences range from Rembrandt to Mignola, and contemporary fantastic artists like De Es Schwertberger and Zdzislav Beksinski rank among his favorites. Jim lives and works in Chicago, Illinois.

Want to see all of Jim's cards in Gatherer? 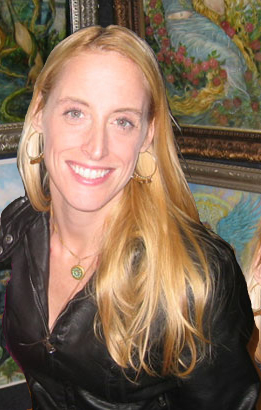 Rebecca Guay began her career in illustration after graduating from Pratt Institute in 1992. By the summer of 1993 she was working as a full time penciller for DC/Vertigo's monthly series Black Orchid, as well as painting trading cards for both DC Comics and Topps Inc and publishing regularly with Cricket Magazine and other children's publications. After Black Orchid she moved on to painted comics.

In 1995 she started illustrating for the popular game Magic: The Gathering. She has painted over 150 Magic cards, and has been invited to travel to Japan, France, Australia and throughout the United States the sign cards and meet the players.

As well as being published extensively throughout the fantasy gaming industry she has also painted book covers for the work of Ursula K Le Guin( the Earthsea Books), Bruce Coville( the Unicorn Chronicles), Jackie French Koller( The Keepers series), Susan Fletcher and Dia Calhoun and others.

In 2003 her first children's book "Goddesses: A World of Myth and Magic" was published by Barefoot Books and received critical praise. "Goddesses" was chosen as one of the "Top Books for children 7-12" by BookSense the year of its publication. With the publication of "Goddesses", Rebecca's illustration was acquired for gallery representation by the R. Michelson, joining the ranks of other gallery artists Barry Moser, Jane Dyer, Dr Seuss, Maurice Sendak, Mordicia Gerstein and Trina Shart Hyman. "Ballet Stories" (written By Jane Yolen, and Heidi Stemple), her second picture book, was published in 2004 by Barefoot Books. It has been published in Italy, Britain, Greece, and Korea and is in its fifth printing.

Her work was chosen as "Best in Show" at Gen Con in 2004, and she was elected "Best Artist" in 2005 by InQuest Magazine's "Fan Choice Awards".
Her work has also been displayed at the Society of Illustrators in NYC, and she will be among the panel of judges this spring for the 2007 student show.

Her most recent illustrated book "Muti's Necklace" (written by Louis Hawes) was published in June 2006 by Houghton Mifflin. Currently she is working Beauty and the Beast (Fernleigh Books), and " B is for Ballet: A Dance Alphabet" (written by principal dancer Sonia Rodriguez and figure skater Kurt Browning) for Sleeping Bear Press.
This spring she will be starting "The Last Dragon", with her friend Jane Yolen, to be published by Vertigo Comics.

Little known facts:
Rebecca's last name is pronouced "GAY"
She loves shoes
She has a doll collection in the studio that includes a 12" Indiana Jones Doll from 1980 as well as a Wonder Woman (1978) and a Scarlet O'Hara Barbie
Rebecca loves any book written by Jane Austin
She is an avid runner and loves to take yoga and ballet classes
She doesn't like juice
She's been drawing since she was in kindergarten (and was pretty sure she wanted to go into art then!)
Her first drawings were of Wonder Woman
She loves the X-Men- always has always will.
Her favorite artists?: too many to name, but pretty much ALL of the turn of the century illustrators, as well as most of the pre –Raphaelites, Holbien and the northern renaissance, Japanese block prints and art nouveau in general.
She is a direct descendant of Emperor Charlemagne of France (True!)

Want to see all of Rebecca's cards in Gatherer?