he best and brightest Magic players are coming to Valencia, Spain, in February, and you can be there to watch all the action, from the opening draft to the climactic finals.

Held at the Ciudad de las Artes y las Ciencias in Valencia, Pro Tour Born of the Gods opens its doors to the public on Friday, February 21 at 8 a.m., one hour before the start of play. The Pro Tour begins Friday, February 21, and the event hall has been configured so that virtually every match will be played next to the rail. As a spectator, you'll be able to walk up to just about any player and watch him or her battle round after round! The hall will also have a seating area to watch the live video stream of the feature match tables. 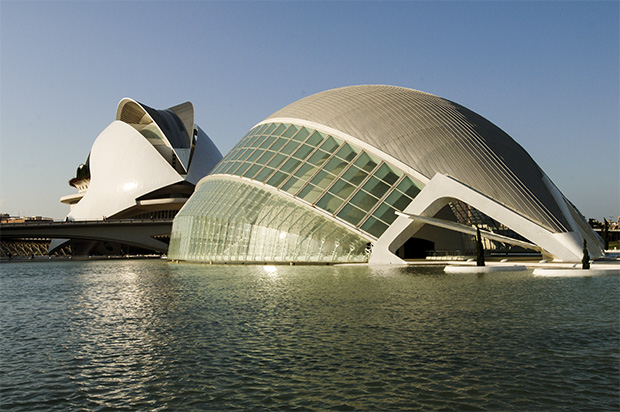 Friday begins with three rounds of Theros/Born of the Gods Booster Draft followed by five rounds of Modern. Then the field is cut down to the players with four or more wins and that same schedule is repeated on Saturday before the Pro Tour is reduced to the Top 8.

Come Sunday, the excitement reaches a fever pitch for the Top 8. Pro Tour Born of the Gods introduces a change to the Top 8, as the quarterfinals and semifinals will now be played as best two-out-of-three matches. The finals remain a best three-out-of-five match.

This change will allow for every Sunday match to be played in its entirety on camera while maintaining a reasonable length to the Top 8 day. No longer will an amazing sequence of plays in a quarterfinal be missed because it happened on the back table. The live coverage will also be able to delve deeper into each matchup, examining player strategies and sideboard choices in much more detail.

"It's really exciting to see more and more fans watching the Pro Tour coverage," said Director of Organized Play Hélène Bergeot." With this growing number of eyeballs on the Top 8, we pay extremely close attention to the suggestions of our fans because constant improvement of quality of the coverage is a big goal of ours. Many said that they would love to have the opportunity to watch the Top 8 is in entirety, and so we adjusted the structure of Sunday to make this possible."

Bracketed around Sunday's Top 8 action, there's a full slate of festivities on Sunday to please Magic players of every stripe.

A room block has been set up for players and spectators at a nearby hotel, making it as easy as ever to become a part of the Pro Tour. With a prize purse of $250,000 up for grabs and a spot in the 2014 World Championship going to the winner, you won't want to miss it!

For more information about the event, the hotel block, and a complete schedule of the Pro Tour weekend, visit this page. To follow the conversation about Pro Tour Born of the Gods on Twitter, use the hashtag #PTBNG.