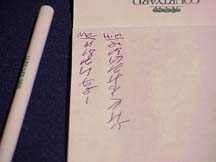 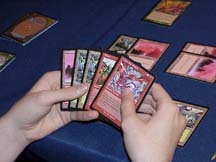 Even drawing a Lightning Dragon can't save Clarke - He loses to O'Mahoney-Schwartz, 2-0.

Nate Clarke's life total has just moved down to 0 in his match against Steve O'Mahoney-Schwartz. 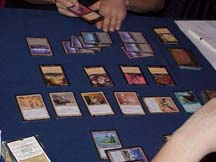 Jon Finkel has more creatures than David Bachmann. And as if that isn't enough, they've all got Protection from Black. In two turns, Finkel will draw his Dragon Blood and kill Bachmann with the Raven Familiar. Team Antarctica wins, 2-0.