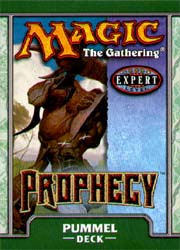 he bigger they come, the harder they fall on your opponents. That's the basic idea of the Pummel deck, with some of the most powerful Prophecy brutes waiting for thumpin' to happen. 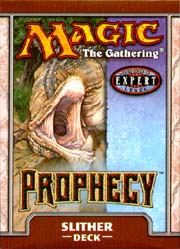 he competition won't see you coming when you creep up with the Slither deck. The moment you tap out of mana, some of your most insidious monsters jump into action. 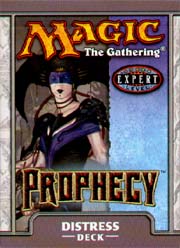 ivals will barely have time to suffer when you put the Distress deck into action. It employs cards with fading that work quickly, so be sure to strike early and often. 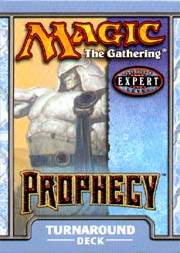 he opposition will only think they have you cornered when suddenly your Turnaround deck kicks in. Spellshaper cards thwart their worst attacks until your beasties get in their last licks.