The Races of Zendikar

The Races of Zendikar 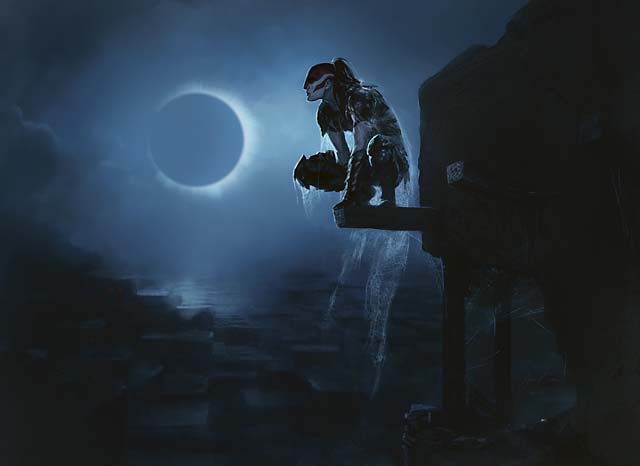 Vampires live openly in Guul Draz and are famed for the decadence and perversion of their lifestyle. Bloodchiefs, the ancient progenitors of their race, control the opulent city of Malakir. Vampire society is divided by "family" allegiances, each family beholden to their Bloodchief. Each family controls a small amount of territory and routes, although the main currency of any family is in its connections and relationships. The tastes and passions of the Bloodchief tend to be imprinted on the vampires he or she creates.

There are five greater families in Guul Draz: Nirkana, Kalastria, Emevera, Urnaav, and Ghet. Dozens of other lesser families are scattered across Guul Draz, each with a contingent of undead servants appropriate to their place in vampire society.

Whenever a vampire fully drains the blood of a living creature without destroying the husk, a vampire null is created from the body. Nulls are easily commanded by other vampires, but if left without orders they will hunt and kill living things that they can find. 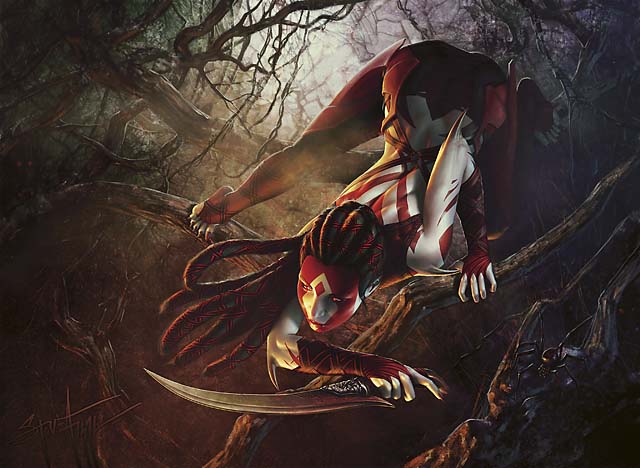 The kor live a spare and nomadic existence. They travel mercilessly light, carrying with them only the essentials, valuing the portability of individual skill and strength of character over more "static" virtues. "We were not meant to put down roots," they say. "The heart is a moving organ." Despite their constant motion, the kor have a deep reverence for certain locations. They travel in small bands along one of several pilgrimage routes, visiting dozens of sacred sites across Zendikar. Each pilgrimage circuit takes decades, and many are lost to Zendikar's dangers along the way.

The kor are masters of ropes and hooks, using them to travel and to hunt, and incorporating them into their spirituality. They rarely use unreliable devices such as crossbows to propel their grappling hooks onto cliff faces or into flying game, relying instead on simple, sturdy rope and the skill of the arm. A hooked line is also a social and sacred symbol for the kor, representing their connection to each other and to the world around them. 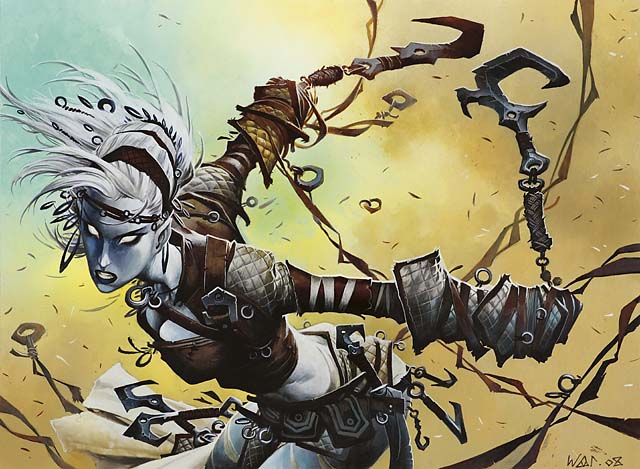 More merfolk live in Tazeem than elsewhere, but they can be found on every continent in Zendikar. Although the merfolk are born in the water, they have adapted to life on land. Thoughtful, curious, and analytical, the merfolk are natural explorers. Merfolk tend to be more solitary than other races and don't cultivate large communities. But even merfolk who spend most of their time exploring will establish a home base, a place they return to before setting out again.

Run by merfolk scholars, the Lighthouse at Sea Gate is the center of learning for explorers of all races. This library filled, with scrolls, and maps, and writings about the lost civilization of Zendikar, is a storehouse of knowledge of all the collected knowledge about the vanished ancients. 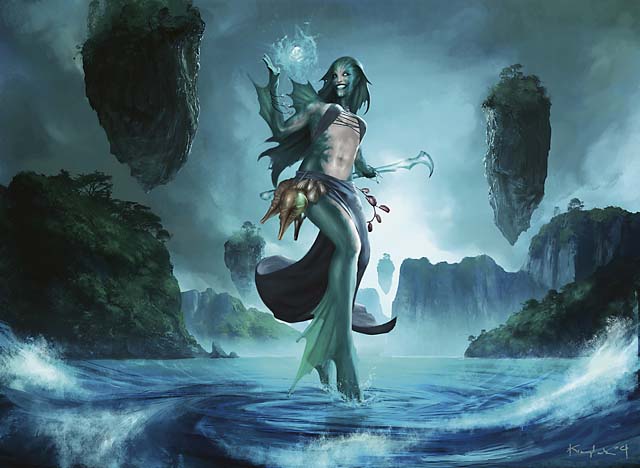 Goblins thrive in Akoum, Murasa, and Ondu as well as many settlements and outposts. Although there are numerous tribes, the Tuktuk and Grotag tribes boast the largest warrens. Much of a goblin's life is devoted to finding and plundering ruin sites. The goblins choose their tribal leaders by their perceived industriousness; the leader is the goblin who has managed to retrieve the most interesting or powerful object from a ruin. In Affa, the main settlement in Akoum, many goblins hire themselves out as guides or trapfinders. Of course, the normal plan is to help find something of value, trigger a trap intentionally, steal the object, and run away. 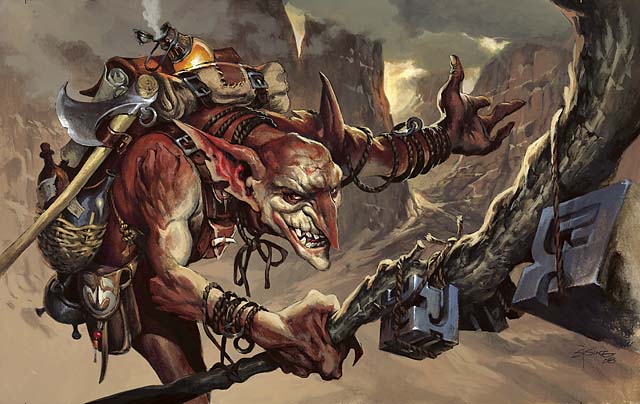 Bala Ged is the homeland of the Joraga elves and the planeswalker Nissa Revane. The Joraga elves have little respect for any other race, or even other elves. They see the survival of their nation as their first priority and jealously guard their traditions. Many outsiders view their nomadic clans as roving bands of murderers, but there is a complex culture behind their aggressive exterior.

Large numbers of Joraga have made homes in the towering trees of the Oran-Rief forest, where they inhabit villages suspended from the treetops. After splitting from the Joraga nation, the Tajuru elves settled in Murasa and Tazeem. The Tajuru are rumored to be the best guides in Zendikar. 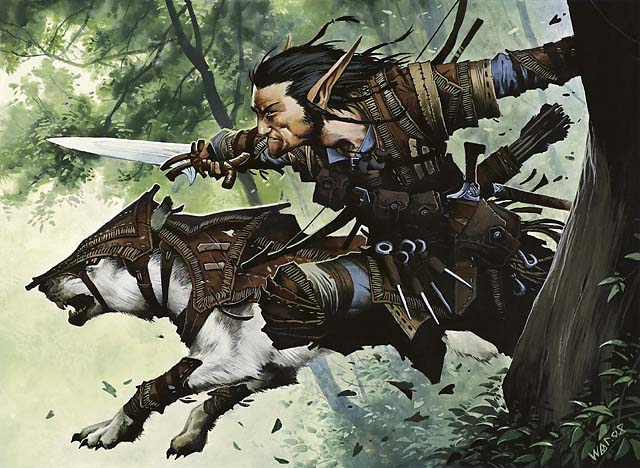