s we've seen a few times before, original art is often commissioned for the tokens of token-generating cards, either for Magic Player Rewards prizes or to serve as the visuals for Magic Online creature tokens.

Ravnica has its share of token-producers -- in fact, there's an entire rare cycle of huge monsters (as Aaron Forsythe described in his column Friday) that give tokens to your opponent to balance their grossly undercosted price tags. For example, here's blue's Hunted Phantasm:

Now, we don't guarantee you'll be happy to see one of these tokens appear on your side of the board. But we think you'll like the art just the same. You'll see these in Magic Online when Ravnica hits it on October 31.

Here's the art for the goblin token. Your opponent gets five of them to pathetically throw rocks at your 4/6 unblockable Hunted Phantasm. 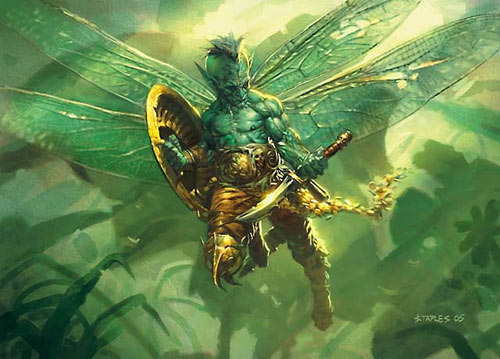 Here's the art for the faerie token for Hunted Troll. This guy's no Tinkerbell. Still, he's nothing compared to the Hunted Troll you get. 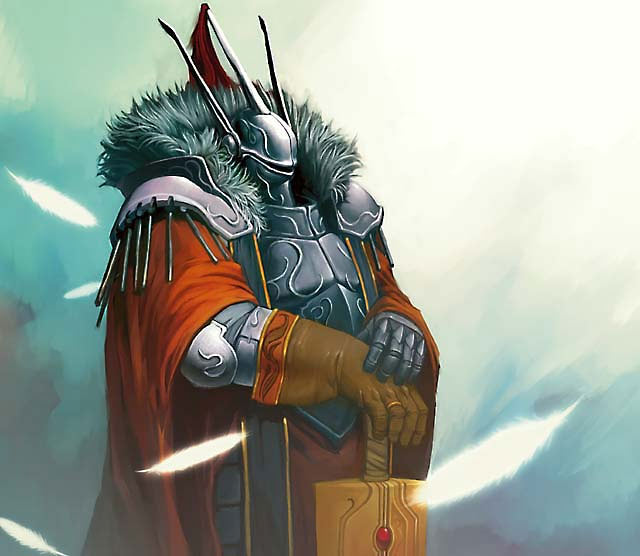 And who is this badass-looking knight? Why, he's one of the brave 2/2s that will try to track down your Hunted Dragon that already swung for 6 in the air.

We hope you liked seeing this special token art. We'll show off the art for the other Hunted creature tokens soon.