If you're not sure who I'm talking about, let me fill you in. Weeks ago, we started leaking bits of story in the form of various letters, journal entries and other in-world correspondences leading up to the release of Innistrad. Some of you may have even received a postcard in the mail with the mysterious "twitter.com/brauerjosh" URL on it.

So What Was This All About?

It started as an idea I had of a way to tell a story. We've done lots of stuff in the past, including novels, comics and online articles to flesh out the story of Magic. When I heard that we were doing Innistrad, I was very excited. I've always been a fan of gothic horror, from Dracula to Castlevania.

I had also run a few small Alternate Reality Games, or ARGs, in the past, and the thing that struck me most about them was their ability to get the players invested in the story and the characters. It's one thing to read a story, and quite another to experience it, and that's what I was going for.

Now, most "traditional" ARGs have a lot of puzzle content, but for this one I chose to avoid that. I was worried that it would be a barrier to entry, and ultimately a barrier to the story. So, what I chose to do instead was to write a story and scatter it around the web, so the "game" would be more like a scavenger hunt rather than a puzzle hunt. 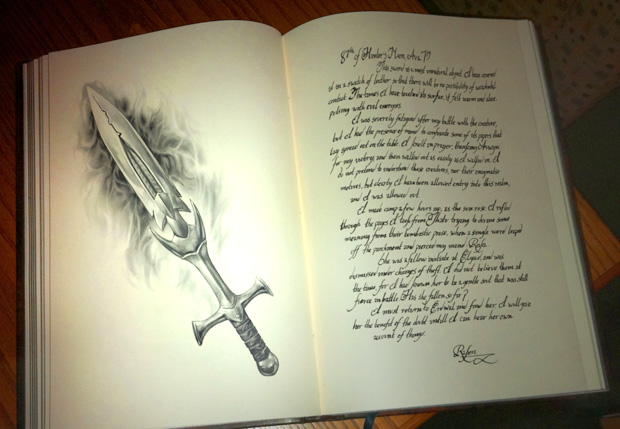 So it wasn't really an ARG at all, just a different way to tell a story. I think "chaotic fiction" is the term that describes it best.

I really wanted to convey the intense desperation of the humans of this plane. Everything is conspiring against their very existence, from terrible nightmares come to life to people within their own ranks. Life in Innistrad is about strife, and giving in to or overcoming it. 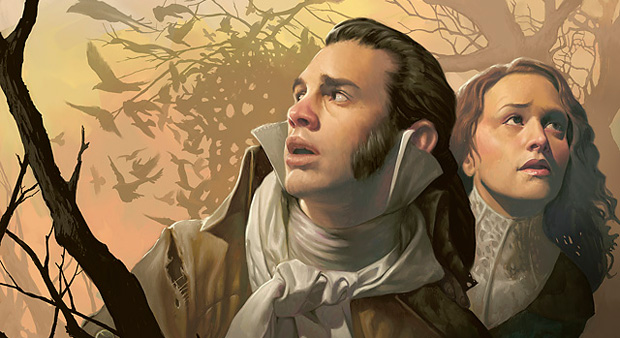 During the course of writing this with my team, I realized we were writing a film noir, complete with an investigator, a femme fatale, and lots of ulterior motives. Film noir embodies so many of the themes of Innistrad: desperation, backstabbing, plotting, high stakes, personal conflicts. Once this direction became apparent, the story really took off.

We also had to weave in the theme that is central to the world of Innistrad: dark transformation. Of course this meant we had to include things like vampires, demons and werewolves, but I wanted it to be central to the main character's story as well. At its core, this is a story of Raben's transformation from a pure-hearted warrior of Avacyn to something... else.

Creating a story is a lot of fun, but it's more fun when you collaborate with truly talented individuals.

Jenna Helland is one of the veterans of the Magic creative team, and was the one responsible for most of Reika's entries. She has an excellent instinct for good story, and really breathed life into my favorite character of the story.

Matt Tabak is more than just a rules manager! His rules-brain helped us keep the story feeling "real," making sure it held to our list of in-world rules. He also wrote Geralf and Holger's entries.

Bruce Cordell is a prolific Dungeons & Dragons writer, who has probably written more books than Merriam or Webster. He graciously volunteered his time to advise us on good fantasy storytelling and wrote many of the postcards.

I got to write Raben's entries, as well as some of the other stuff. I have to admit that this is the first time I've really creeped myself out with what I wrote, especially these two entries: 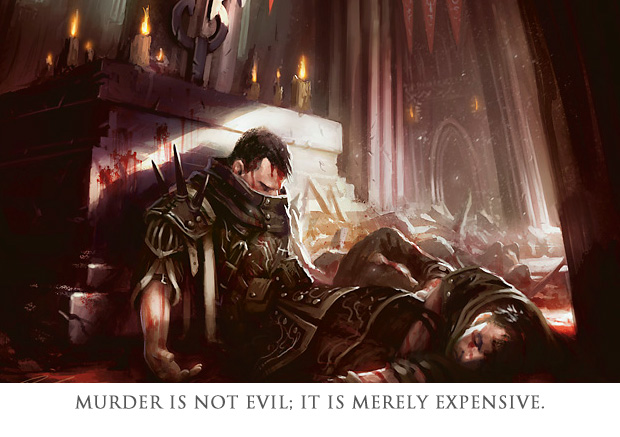 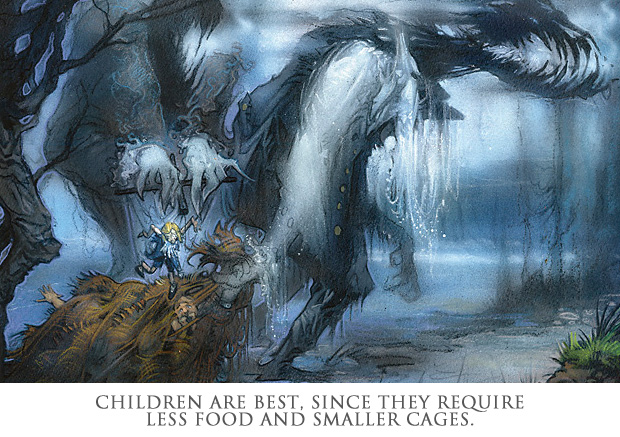 Yeah. I'm going to have to dance in a meadow or play with puppies to get those two out of my head.

I hope to do more of these in the future. We've certainly learned a lot from this initial foray into this style of storytelling, and there will be many things I'd do differently in the future.

We had the initial challenge of making this available to non-English markets, and that was a nut we didn't quite crack. Given the time I had to work the other languages in, I chose to give the other offices the option of running a localized version at the same time as the English one, and this proved to cause more confusion than excitement. I'd probably include exclusive content for non-English markets rather than run a concurrent game like we did this time.

I'd also like to put much more game content in future offerings, from more puzzles to more previews. As much as Magic players may enjoy the story, it's hard to compete with seeing new cards, new mechanics, and new art. And while I was concerned about puzzles keeping players from getting into it, I realized there is a need for more ways for players to actively participate, rather than passively reading the story bits as they are posted.

In the end, this was something we wanted to try, some fun story bits for those of you who enjoy that sort of thing. I hope you had as much fun playing it as we had writing it!

I'd like to thank all the community members who worked to spread the word and everyone who enjoyed the ride. See you next time!

You can find the complete compilation of all the ARG content here. Enjoy!

And just for the record, I was wearing shorts the whole time.