Rising From the Ashes: Ninth Edition 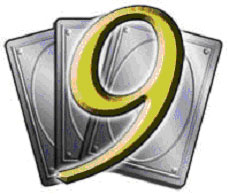 On August 20th, Eighth Edition left the Standard Constructed environment to make way for the recently released Ninth Edition of the Magic: The Gathering card game. Some staples of the game will be going away for a while, like Birds of Paradise and Fallen Angel, as well as powerful cards that have helped to shape the environment like Bribery and Plow Under. However, it would seem that there is much more to be gained than what is being lost.

With previous editions of the Magic core game, the focus has been on presenting a simplified version of Magic to allow newer players to enter into the game without having to worry about understanding some of the more complicated interactions between the cards or having to understand all of the keyword abilities in the game. This trend has seen an end with Ninth Edition.

Trample, an ability that was considered too difficult to learn for new players in previous sets, is back in a BIG way in the form of Force of Nature. This 8/8 powerhouse is the essence of what the color green is all about in Magic. I can’t imagine a better emissary to welcome new players to the game than a 6 casting cost 8/8 trampling creature. It takes me back to the days when I first started playing Magic during Revised Edition™.

Perhaps even more significant than the return of Force of Nature is the return of Hypnotic Specter to the core set. Once, this ultimate source of disruption was considered too good to be played in Extended. Coming out with a first turn “Hypi” using Dark Ritual was something very few mages could recover from. Of course, there is no Dark Ritual around to get the specter out on turn one any more, but a solid 2/2 flyer for only 3 mana that can destroy all of your opponent’s well-laid plans is priceless.


Ninth Edition trades City of Brass and the “Comes into play tapped” lands from Invasion™ for all 10 “Pain Lands” (the cycle of lands you can tap for one of two colors of mana and take damage or get a colorless mana with no damage) as well. Previously, if you wanted to play two opposed colors, your only option for a land that could produce both colors was the City of Brass. While the Pain Lands are comparable to the City in the early game when getting the right color mana is very important, they are significantly better in the later stages of the game once you have gotten enough basic lands out to make the mana you need. The Pain Lands allow you to tap for colorless mana and forgo the damage City of Brass would deal at this point in the game. There are several cards in Ninth Edition that will help you get the right color mana into play other than the Pain Lands, such as Weathered Wayfarer and Utopia Tree.

Another important addition to the new core set is Blinking Spirit. The Spirit may only be a 2/2 for 4 mana, but it is much more than that when combined with some of the powerful cards in Kamigawa™ block that trigger every time you play a spirit or arcane spell. Now, instead of just a nearly impossible to kill 2/2, you have 4 mana sorcery that can trigger any of the dozens of abilities offered by cards form the recent Kamigawa sets.

Many other cards are making their first appearance in the base set, including some cards that have never been legal in Standard before. Of course, I mean all of the new cards added from Portal®, Portal Second Age, and Portal Three Kingdoms. These cards are essentially brand new to players like me who have been playing a long time but have never seen a lot of the cards in these sets because they had not been legal for sanctioned play until just recently. Some of these new additions are Gift of Estates, which lets you grab three Plains out of your deck as long as your opponent has more land than you do; Tidings, which lets you draw four cards for five mana; Cruel Edict, a sorcery that forces your opponent to choose one of his or her creatures and sacrifice it; Veteran Cavalier, a 2 casting cost white creature with vigilance, a great addition to white weenie decks; and Vizzerdrix—O.K., he isn’t new to the base set, but he is a brobdignagian killer rabbit—how can you not love that!

There are also many powerful artifacts returning to the core set. Two cards that were around in the days of Alpha, Icy Manipulator and Jade Statue, make a return appearance. Icy Manipulator has always been a great tool for control style decks, and Jade Statue is just the type of card you need to play in a deck using mass creature destruction like Wrath of God. Jester’s Cap returns as well, and now it isn’t just Cranial Extraction that can allow you to destroy your opponent’s plans before he even draws them—Jester’s Cap was made for just that purpose. Equipment is also in the core set for the first time ever, and in a big way. Loxodon Warhammer was a powerhouse card from Mirrodin®; now it will be around to play with in Standard, along with some of the new cards Ravnica: City of Guilds™ will bring into the world of Magic.

Some cards that were in Eighth Edition are back in Ninth Edition, but better than before. Goblin King remains in the core set; however, he is not just a lord any more. Goblin King and the other creature lords in Ninth Edition now count as the creature type they give their bonus to. Pay close attention, Goblin King and friends say that all other creatures of their type get the bonus. That means that the King will not affect himself, but if you get two in play, then they will boost each other. Also, cards like Goblin Matron can now go and find the Goblin King in your deck!

Finally, I would like to point out the #1 card that I was excited to see in Ninth Edition. This is a card that I loved playing with from Tempest™ block. I like to control the playing field, but Tempest was all about attacking with little creatures, which was not my style at all. That is why this was the perfect card for me. He would swoop down, and in one fatal blow, kill all those annoying creatures my opponent was sending at me. Best of all, after he was used, he would come back and do it again and again. Back then, the deck was called “Counter Phoenix” and it combined some of the strong counter magic of the time with Shard Phoenix to clear away all of an opponent’s creatures over and over again. Well, Shard Phoenix has once again risen from the ashes and has come back in Ninth Edition. I hope he is able to make as big an impact this time around as he did back then!

Many more changes have been made with the new core set than what I have mentioned here. The best way to explore them all is to try and play with the new set for yourself. It is much more balanced for Sealed Deck or Booster Draft play than before, and the cards that have been put into the core set this time around are generally a little more complex than what was in Eighth Edition. The core set is still a great way for new players to enter the game, but now there are some more powerful allies and enemies from the past to help new players experience the true magic of the game.