Round 9: The Hubbsucker Proxy vs. The Ancient Kavus 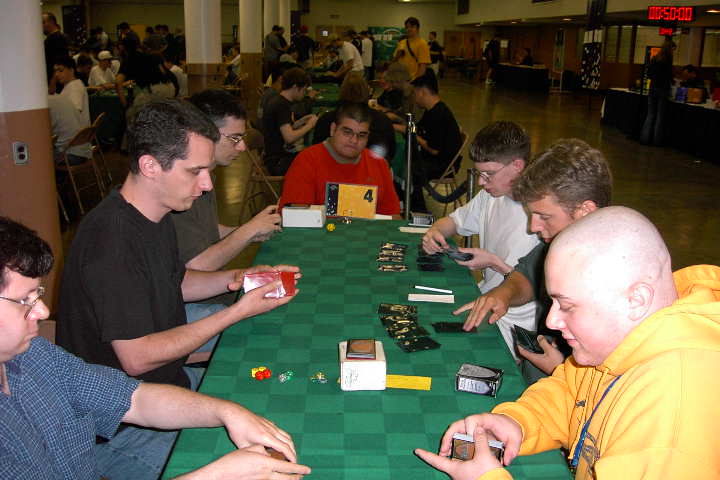 The Hubbsucker Proxy vs. The Ancient Kavus

Round nine of Grand Prix Columbus featured two very good teams facing off against each other in a match to determine which team would be playing the next round for a chance at making the top four cut.

The Hubbsucker Proxy, featuring Peter Szigeti, Brian Selden, and Bryan Hubble, has had a very good weekend up to this point. Starting out the first day with an impressive 6-1 record, they continued to roll the competition by winning their first team Rochester draft of the day. Their team is very solid with Grand Prix Turin winner Peter Szigeti (known by most as PTR), Selden, a former world champion, and Hubble, one of the top rated limited players in the world.

On the other side of the table were the Ancient Kavus, another team of very accomplished players. The team features former Canadian national champion Gary Krakower, Matt Vienneau, who has won two North American Grand Prix featuring the Invasion block format, and Mike Pustilnik a pro tour champion in his own right.

The draft went pretty well for both teams. The Hubbsucker Proxy won the right to choose whether or not to kick or receive in the draft, and chose to open first. The draft started out normally for the Hubbsuckers. Employing the same draft strategy they had practiced and used up to this point, they had PTR draft a G/x deck, while Hubble and Selden drafted B/R and U/W respectively. 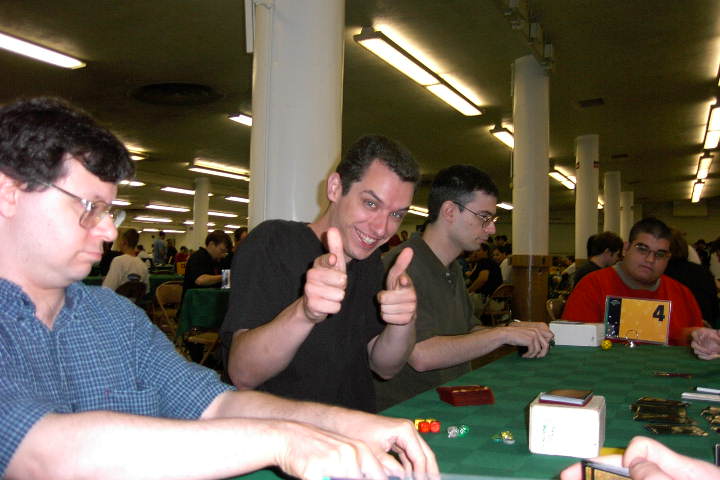 Both teams ended up with good decks that featured quality spells and several bombs. PTR ended up with a G/B/r/w deck that featured Thicket Elemental, Pernicious Deed, Planar Despair, Breath of Darigaaz, and an assortment of various removal spells. Selden ended up with a very good U/W/r deck. It featured two Silver Drakes, a tapper, a Waterspout Elemental, and a host of other fliers. The final member of Hubbsuckers, Brian Hubble, ended up with a B/R/w deck. His deck included a Magma Burst, a Flametongue Kavu, and a Fervent Charge.

The Ancient Kavus' decks were equally good though. Krakower's B/R/U deck featured a number of bounce spells, two Plague Spores, and a Magma Burst. Vienneau's deck had two tappers, a Questing Phelddagrif, and an AEther Mutation. To round things out for the Kavus, Pustilnik drafted a deck that featured an Illuminate, a Benalish Heralds, and a Minotaur Illusionist, as well as several fliers.

The match itself was very close. At one point every match was at 1-1. Krakower's Plague Spores and bounce spells punished Hubble who was already light on land and was struggling to stop the bleeding after several less than optimal opening hands. In the end Krakower took the match 2-1 with Jilt removing the final blockers from the path of his oncoming horde. 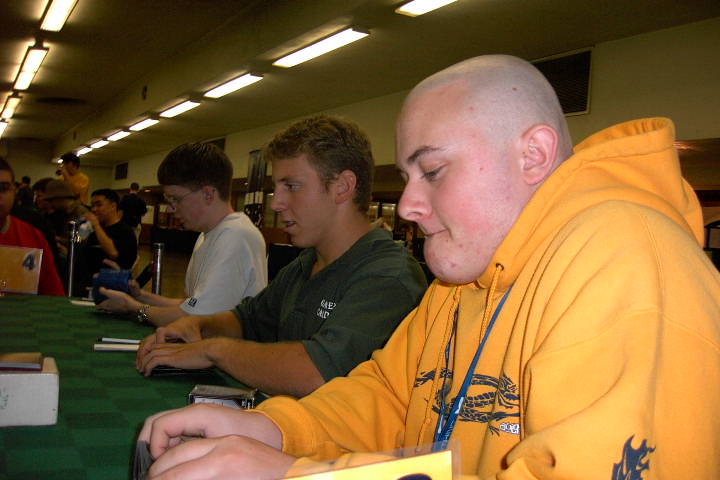 In the match between Vienneau and Selden, the Phelddagrif ruled the skies bringing home the first game. Selden was able to snatch the second game away from Vienneau as his Razorfin Hunter made sure that the tapper and Standard Bearer in Vienneau's hand would surely see an early grave if they were to ever be cast. In the third and deciding game of the match, Selden's Silver Drakes proved to be too large for Vienneau's smaller fliers to handle, and he was able to take the match.

The match all came down to the result of the PTR vs. Pustilnik matchup. PTR took the first game with his spectacular mass removal spells clearing the path for his beats. The second game was all Pustilnik's as an Illuminate with blue kicker resolved allowing him to draw into the fliers that would end up coming over for the win. In the third and final game, Pustilnik started out light on land, but soon found life and put two Goblin Legionnaires into play. PTR cast a Dead Ringers, but Pustilnik was able to use Death or Glory to bring back a Legionnaire and a Hunting Drake. Finally able to stabilize the board, Pustilnik was able to gain insane amounts of card advantage from Illuminate and Sunscape Battlemage. In the end the card advantage was too much for PTR to handle, and Pustilnik took him down two games to one.