hen I cracked my Prerelease pack a few weeks ago I was excited to see Varolz, the Scar-Striped amongst my rares. He ended up being an utter beast during my matches. Between sacrificing my creatures to regenerate him, and then scavenging them to make him stronger, I spent a lot of time looking at him and his art.

Color: Black Green Legendary creature (Golgari guild)
Location: Golgari turf
Action: Show Varolz the Golgari troll, chosen to represent the Guild in the Dragon's Maze. He's who the Golgari call upon when there is real danger. Varolz has a symbiotic fungi living on him that repairs his wounds, replacing his skin with tough scar tissue which means that the more battles he's in, the tougher he gets. He has a wicked looking knife and some totemic Golgari charms on him. Varolz is about 12-15 feet tall.
Focus: Varolz the Scar-Striped.
Mood: Tough and battle hardened. 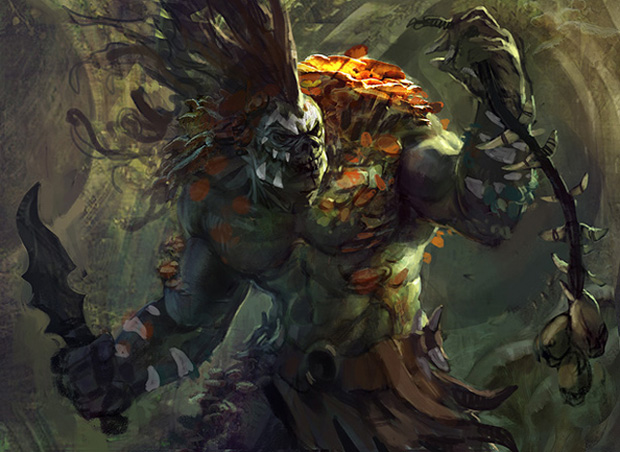 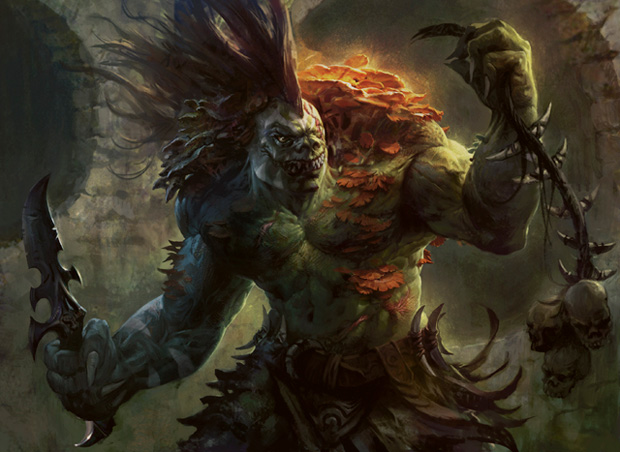