The Summer of Magic continues to speed along, sweeping up hundreds of players in its wake. This weekend featured two of the biggest National Championship events ever -- Magic Weekend in Baltimore and M-Fest in Birmingham. 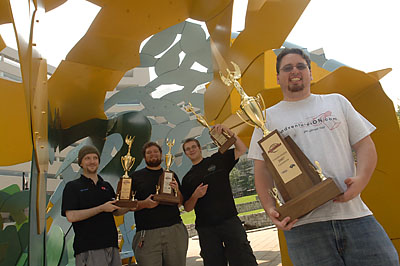 There’s something about U.S. Nationals that clearly agrees with Luis Scott-Vargas. What started last year as a breakthrough performance continued this year as the California (and Magic Online) resident improved on his third-place performance in 2006 by winning the whole thing this time around. Piloting a deck with the Brine Elemental/Vesuvan Shapeshifter “Pickles” lock supplemented by Arcanis the Omnipotent, Scott-Vargas drew cards to his heart’s content as he defeated 2004 champion Craig Krempels in the quarterfinals, meatgrinder survivor Michael Bennett in the semis, and then Thomas Drake in the finals. Michael Jacob, who fell to Drake in the other semis, rounds out the four-man National Team. 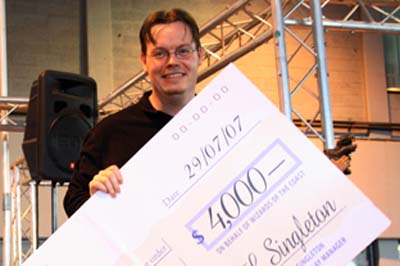 All weekend Craig Jones had declared red spells to be the best. Prof's deck, prophetically named Red Deck Wins 2007 in spite of the Tarmogoyfs and Troll Ascetics, was dedicated to the master, Dan Paskins, and burned all its foes to a crisp. Leading one of the strongest National teams in years, Craig Jones's plan is now to take on New York at Worlds. Stuart Wright, Daniel Godfrey, and Marco Orsini-Jones complete the squad.