The Secrets of Creation

endikar and Worldwake have been a successful stab at evoking the flavor of exploration and discovery, and with that theme's time in the sun soon to overshadowed by the Rise of the Eldrazi, it seems fitting to take this opportunity to uncover more secrets about how the game comes together. So today I'm going to let you in on some of the more nuts-and-bolts aspects of what we concern ourselves behind the scenes, and what we worry about to make sure Vorthoses everywhere have a good feeling when they open new packs of cards. You've seen the style guides—now you're going to see what we do with them.

Namebase is a very important little corner of Multiverse, the database where Magic congeals before it escapes out into the world at large in a monumental pulse of mana and crinkly plastic wrapping. This is where the writers working on a set see the cards in their unfinished primordial state, and where we put the creative submissions that will eventually see print as card names and flavor text. The style guide lays out all the basics of the setting and its inhabitants, and also cues us as to where the plot is going, but none of that means anything to the person playing the game if it isn't actually conveyed on the cards. Namebase is where we make sure that happens. 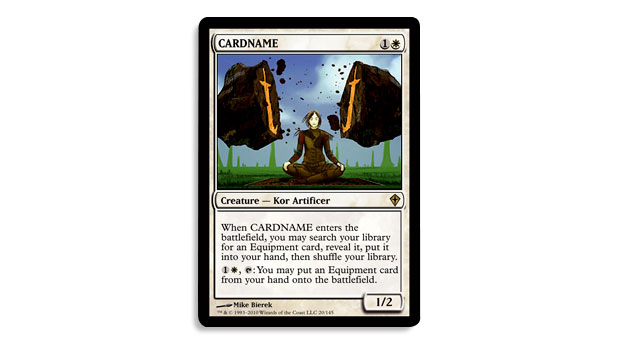 We get the rules text of the card, of course, but while that is of obvious importance to our work it's not even half the story. A lot of the work has typically already been done with any given card before the creative writers get to take a crack at it, in the form of the art descriptions that you've probably seen in Magic Arcana.

The art description is actually our most important tool in coming up with names and flavor text. It's super awesome to go into the database and find progress sketches or even finished art from a motivated artist, because that makes it much easier to match the spirit of our work to what is actually going to appear on the card. All too often, though, especially in the first month of work, all we get to see is Martha's smiling face. 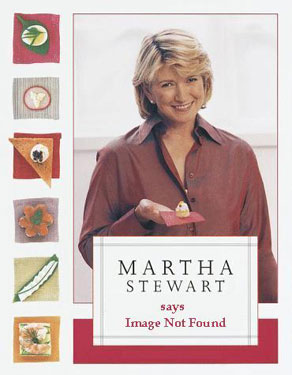 When we're staring down that taunting smile, we simply have to do the best we can with the tools we've been given! It's also why we sometimes leave the database and take to email for discussion among the set's writers. Not only is it helpful to hash out important details about the world and the current set's plot that may not necessarily be clear from the style guide, but might be particularly meaningful to whole cycles of cards.

Just like R&D puts multiple people on the teams that design and test the cards, Creative puts multiple writers on any given set, and for many of the same reasons. The need for many writers goes beyond the obvious benefits in getting the best ideas from multiple writers' visions of a world. It's critical that every card get a name, because no slot can go unfilled here, and it's equally important that as many cards as possible get flavor text. It's just too important a job to trust that one writer won't simply overlook a card or completely blank on inspiration for it, and not get anything done for that card in time. We know that happens, and so there's a safety net. 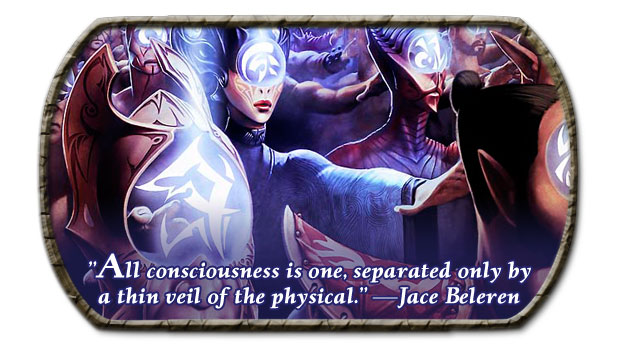 Each card gets name and flavor contributions from several writers, but we don't want to just spam the database with everything that comes to mind. That doesn't do anyone any good, because a lot of what comes out that way is going to be pretty mediocre; any gems that get submitted for the card might get overlooked amid the dreck, just like a precious relic lost to time in a forgotten Eldrazi tomb. Consequently, we limit ourselves to just a few name and flavor text submissions per card, with each of those ideally taking a different approach to the card's creative rather than simply being a reskin of the submission before it.

Some cards come back in a rewrite round at the end. Generally this happens because someone came up with a great idea that we want to riff on and see if we can take it to the next level, or because the card changed completely out from under us and what was once a small creature with flying is now an epic global kill spell. There are never very many cards in the rewrites though, and once the rewrite waves end, the set is basically finished except for finalization and the inevitable few whose rules change into drastic new forms at the last instant! Those ones, as you've seen in other articles, tend to need some art shuffling and desperately inspired last-second wordsmithery. 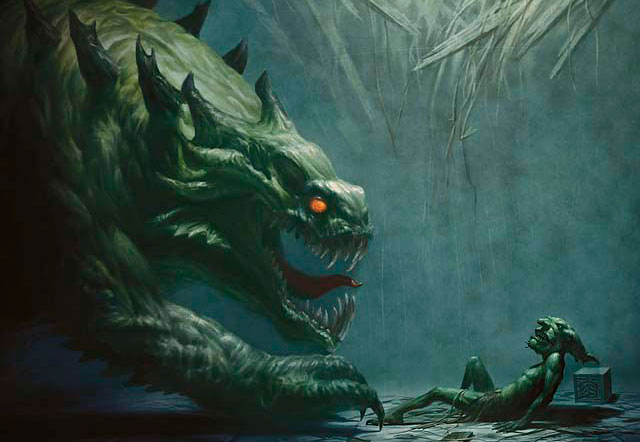 As writers we have to watch for some pretty common traps, most of them related to naming cards rather than flavoring them. (And no, this isn't about the naming conventions of Trap cards; Trap being in the name of all of those was a conscious decision.) We have a lot of tools at our disposal, but some see a lot more use than others, leaping readily to the mind at the slightest bidding. That isn't necessarily a good thing.

Some words can be overused in card names at times. "Blood" is a word that has been used in the names of 81 Magic cards through the release of Worldwake, and 8 of those were in Zendikar alone! The reason for this is obvious, of course—there are quite a lot of vampires in this block, and the primary "hook" for vampires in our culture is how tied they are to blood and everything surrounding it—but there is a certain sameness that comes from seeing a word over and over again.

We recognized going into Worldwake that we had hit that note enough, and so only a single card was printed with Blood in its title. Some of this can be avoided just by going on a thesaurus trawl, but it's better still to find more evocative ways of describing the same concept. Pulse Tracker isn't sniffing out your blood like a human hound—he is actually hunting you by the maddeningly delicious sound of your beating heart!

We've been keeping an eye on some other similarly popular words as well. You may not have noticed until now, but the (once heavily invoked) word Cloud now appears in the name of only a single card in Standard! Restricting ourselves from using the same words over and over just because they're easy has helped to make the names of recent Magic cards feel different from older ones. We're certainly not banning ourselves from using those evocative words that immediately come to mind, but nor would we want to use Cloud for every single card concept that involves the sky or flying.

Something I'm rather proud of in this regard is that we have recently made some pretty significant strides in getting away from the "Blank Blankblanker" naming convention that shows up a lot in Magic while, especially on creature cards. It's not inherently bad, and in fact it does have an important place in the writer's toolbox, but for variety's sake, we have been actively attempting to reduce the number of cards we name in this fashion.

Obviously, though, we will always need names of this type. Joraga Warcaller and its ilk invoke place names from the setting and so help to tie a card to the setting's flavor, while many of the made up compound words can actually be quite evocative and as good as or better than any "standard" English word. But the more we can vary things with names like Cliff Threader, Skitter of Lizards, and Gomazoa, the better. 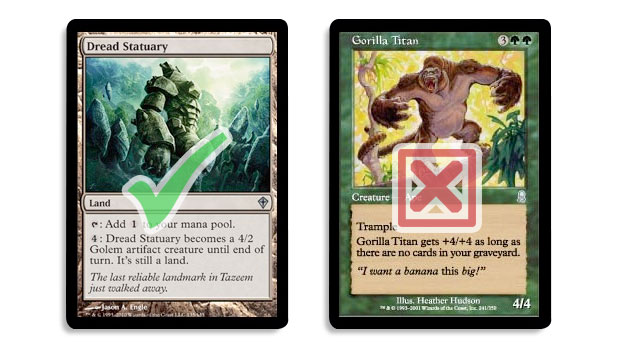 There are traps with flavor text as well, but there tend not to be as many. The biggest tends to manifest in a recurring drive to add more humor to Magic in ways that aren't completely tied up with goblins. The problem is that we don't want to do it so much that the fantasy and drama suffer for it, and we usually prefer for it to be understated. Cheap puns are generally not a good fit for Magic, and sociopolitical commentary or pop culture references that can easily become dated are even more unwanted.

The most dangerous and often most tempting trap of this kind, though, is humor that subtly (or not so subtly) denigrates the card itself as unworthy, even if the card actually is a "skill tester" or is by some standard underpowered compared to its brethren. Every card serves a purpose, and one that a Spike who favors tournament Constructed might deride based on his or her own personal biases could be completely amazing in Limited or in a combo deck. More than that, any card might speak to players for personal reasons, even something as simple as being their introduction to a concept or the first big fatty they've ever owned. Above all else, we especially don't want players to feel like they're being mocked for liking a card, or for opening a card they don't like.

Gut reactions like these are important, because they are one of the factors that consciously or otherwise can weigh into player perceptions of a set. A card's creative text should never detract from the perception of its overall value as a card!

Hopefully, this look behind the veil will give you a better sense of the work we put into the creative to make sure every Magic card comes together. We want to sell the worlds and the coolness factor of the game on every card, we really do! All of us working on the creative are committed Vorthoi, and we're looking out for all the rest of you Vorthoi out there who play the game. We want Magic to be enjoyed as escapist fantasy that you can really get into and that you can really embody in your imagination, not just a collection of rules and numbers.

This basically turned into the creative equivalent of a Mark Rosewater design article, so it seems fitting for me to close in kind. Until next time (and beyond), may you have a greater appreciation for the labor of love that is your favorite game.