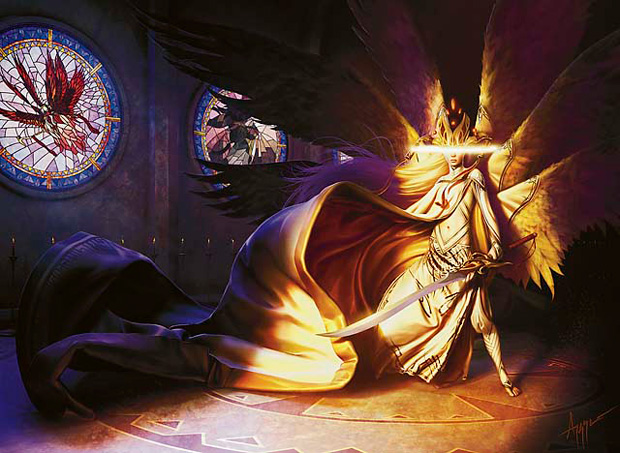 That's lovely. We can all agree on that. And it's full of interesting aspects. For example, it came with seven sketches. 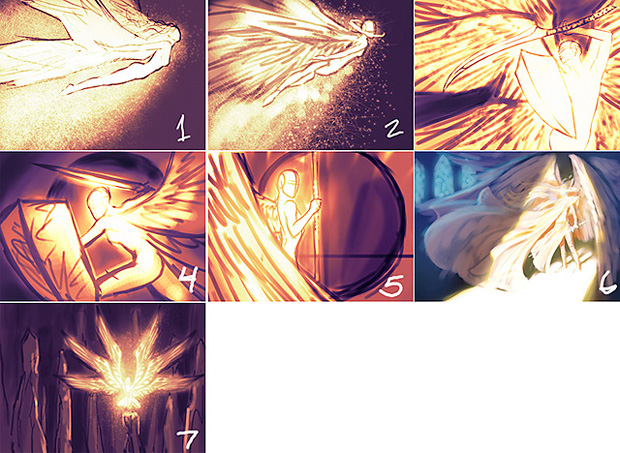 And for another, as sharp-eyed viewers of Worldwake: A Video Tour noted, the stained-glass windows on the side are references to a pair of other Steve Argyle cards.

And here’s a video that shows the art being built layer by layer: 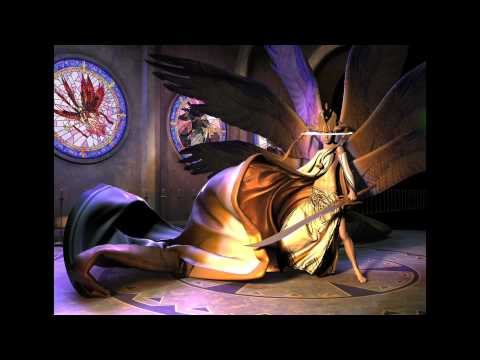