ong ago Alara was one plane, but it was drained of its mana and shattered into five shards. Over centuries, each shard recovered its own mana, but only three of the five colors flourished on each shard, creating five distinct worlds, each with its own unique identity. 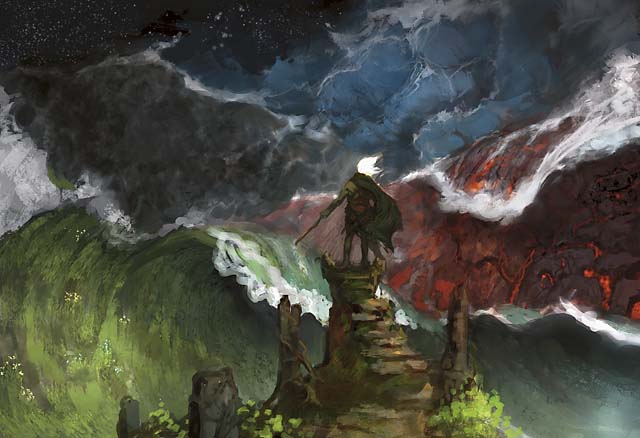 If one could see it from afar, the Conflux of the five shards might look strangely beautiful, a ring of five miniature universes just beginning to overlap like pools of colored light. But to the denizens of the shards, it is disaster. The edges of their worlds shred one another, terrain tearing through terrain in a reconvergence that's anything but picturesque. 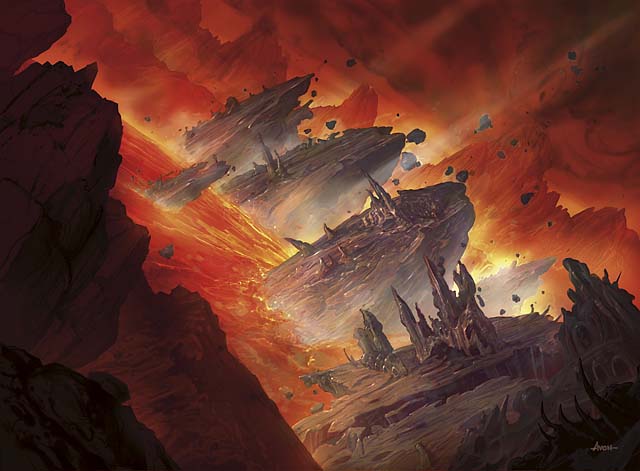 The shards merge slowly, their frontiers erupting through one another in a reality-bending tectonic ballet. As the worlds overlap one another, each world gains two new frontiers with formerly separate worlds. Naya fuses with Bant on one front and Jund on the other. Bant collides with both Naya and Esper. Esper connects with both Bant and Grixis, Grixis touches Esper and Jund, and Jund breaches both Grixis and Naya. Each world has two new realities impinging on it—and two new foes. 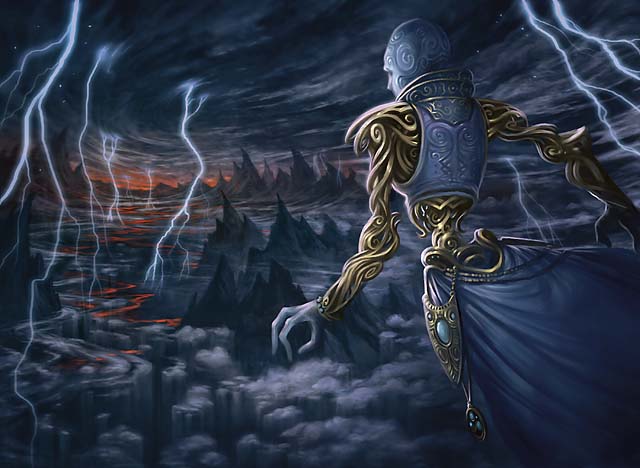 The shards form a shrinking ring of worlds, and in the center, a spark composed of all five types of mana flares to life. As mana floods across the planar boundaries and the long-separated cultures come into contact with one another, something else flares to life—the threat of global war. 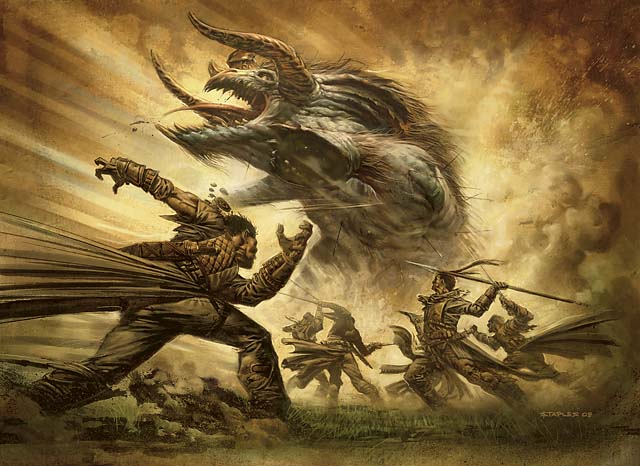