The Shards at War 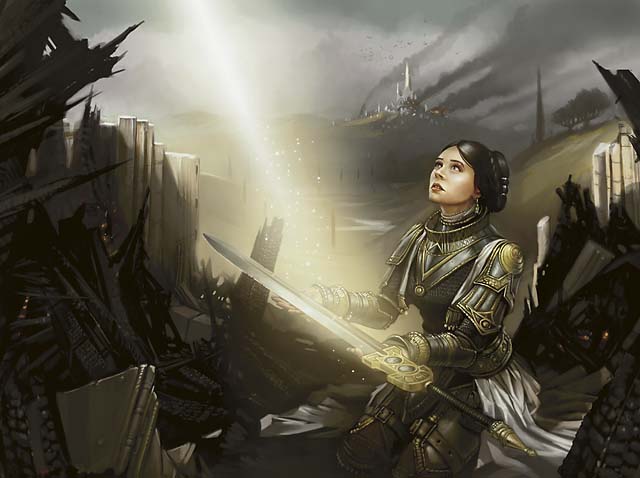 Alara's convergence is complete. All five shards overlap with the others, creating a chaotic blend of magics that feed the power of a mana-storm known as the Maelstrom. Each shard, formerly a world unto itself, is now a part of the massive world of Alara. As Alara's cultures merge, the global war between the former shards intensifies, thanks to the machinations of elder dragon planeswalker Nicol Bolas. 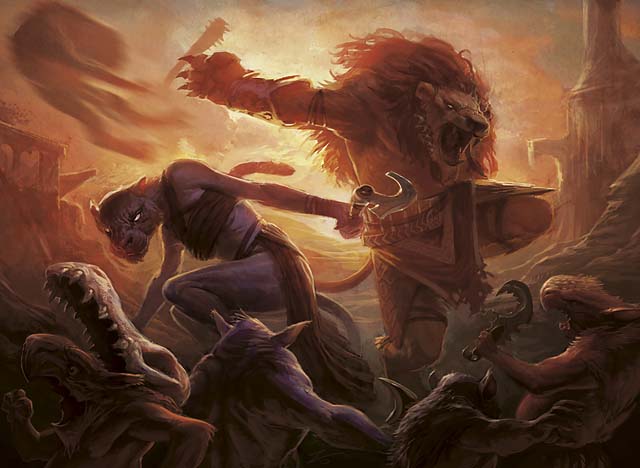 The shard of Naya, once a lush, untainted jungle paradise, has been burned by the touch of war. The massive behemoths worshipped by the elves and humans of the shard run rampant, indiscriminately tearing through foreign lands. Prides of nacatl leonin have been scattered, torn by confusion and infighting, their leadership swayed by dark powers.

Drawn by Naya's natural beauty—and thirsting for its living energy—the undead of Grixis have infiltrated the jungle on a campaign of domination. And the mages of Esper see Naya as a wild animal in need of etherium refinement—or a snug harness. 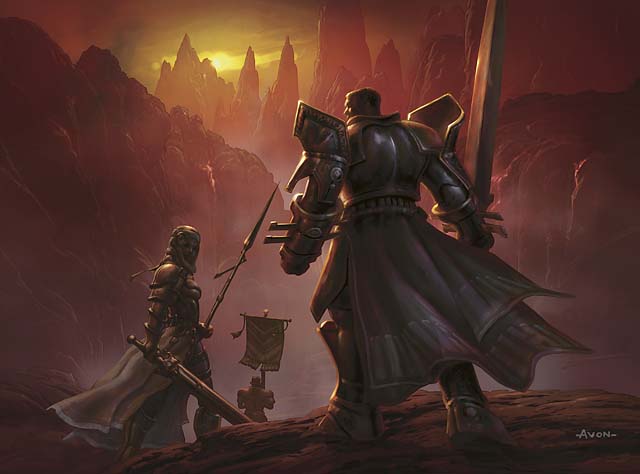 Bant's enemies now wage war not only on their physical borders, but on their orderly ideals as well. Bant's smaller nations have united into one mighty army to defend its peoples and values, and to march on the shards that threaten them. Angels go forth to rid the skies of demonic forces and to shield the plane from dragonfire. Knights ride onward to fend off hordes of zombies, goblins, and viashino.

But they're finding the fight to be stacked against them. Accustomed to orderly ritual combat, the all-out planar brawl catches them almost defenseless. The same virtue that formed the foundation of their society has become their downfall in war. 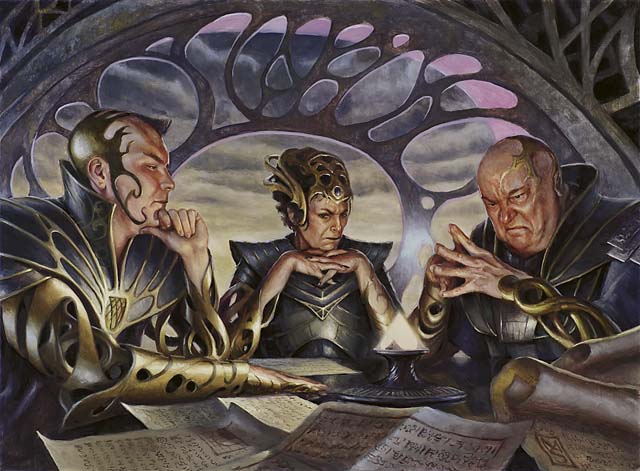 The mages and sphinxes of Esper sought to control every aspect of their environment—the flora, the fauna, and even the sky—through the power of the magical alloy etherium. But their etherium stores were running out, and the formula for its creation involves a red stone called carmot, which is nowhere to be found on Esper.

Now that the shards have merged, Esperites seek to plunder the other shards for carmot, but they must fight off the chaotic forces of the other planes at the same time. Prophecy-driven elves and blood-crazed barbarians seem to think Esper is some kind of sporting ground. Meanwhile, castes of Bant knights and power-greedy Grixis necromancers have glimpsed the potential of etherium and covet its advantages for themselves. Puppeteered by Bolas, the mage sect known as the Seekers of Carmot drives Esper into the very kind of anarchic conflict its society scorns. 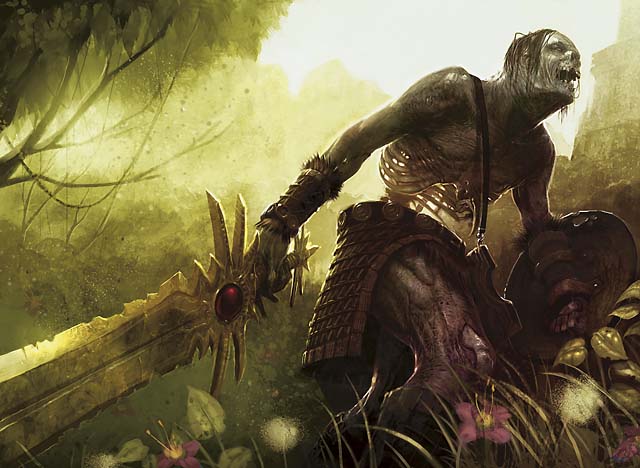 Grixis was a closed coffin, a world locked out of the mana of light and life. It festered for centuries, becoming a hellscape of demons and the undead. Now that the planes have converged, the lid to the coffin has been thrown wide open, and its hordes of blood-hungry fiends swarm outward, led by liches and necromancer barons.

As Grixis advances on the other shards, its forces grow. Every death at the claws of the Grixis hordes becomes a lesson in zombie arithmetic: one soldier lost, one undead minion gained. The Grixis necromancers draw upon specialized powers from every shard—undead thoctars for heavy cavalry, undead mages for missile support, undead generals to lead the charge, and even undead dragons for raw destructive potential.

The only bright spot in Grixis may be the exodus of the living. Vithian survivors who have eked out a desperate existence in the hermitages and tunnels of the plane now have an escape route and are welcomed back to the rest of their living race. 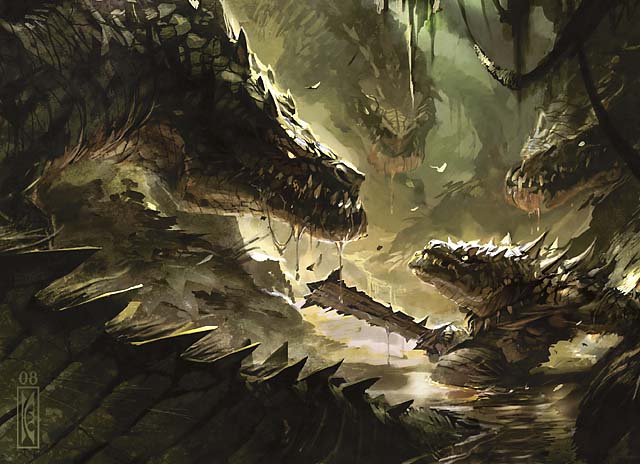 On Jund, a primeval, seething cauldron-world of volcanoes and reptilian predators, the strong have always survived—because weakness meant instant death. Goblins scurried from mountaintop to mountaintop, seeking the honor of being devoured by swooping dragons. Viashino tribes battled for survival in the steaming jungles. And clans of battle-hardened human warriors called "life hunts" on the mightiest prey in the land.

As the shards merged, Jund's fierce inhabitants saw new frontiers of prey, beings that were soft and weak compared to Jund's predatory way of life. The warrior clans see more blood-trophies to braid into their hair, and the goblins and viashino see an opportunity for easy meals. And of course, the dragons see a world-sized banquet laid out before them.