et's take a look at a card from the past: Shauku, Endbringer from Mirage. 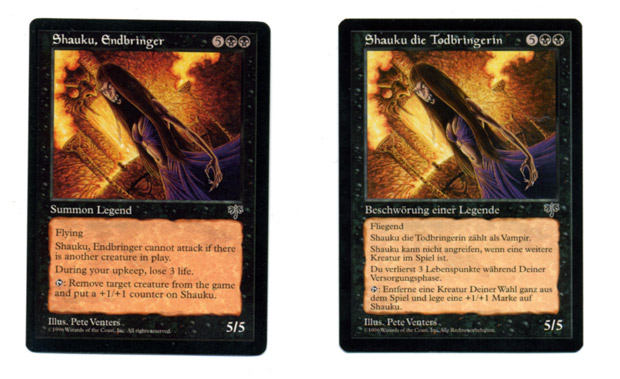 Notice anything different about these two images? Yes, one's in English and one's in German. Well spotted. Anything else? Well, if you don't read both English and German, it's a little tricky. Mouse over the image to see the difference.

As you can see (if you moused over the image like you were supposed to), the German card contains the line "Shauku die Todbringerin zählt als Vampir," which translates to "Shauku, Endbringer counts as a Vampire." But the English one doesn't have that text! For some reason, certain Mirage cards had additional creature types in Italian, Spanish, and German. Check out Sidar Jabari, and mouse over the image to see which languages have the additional text: 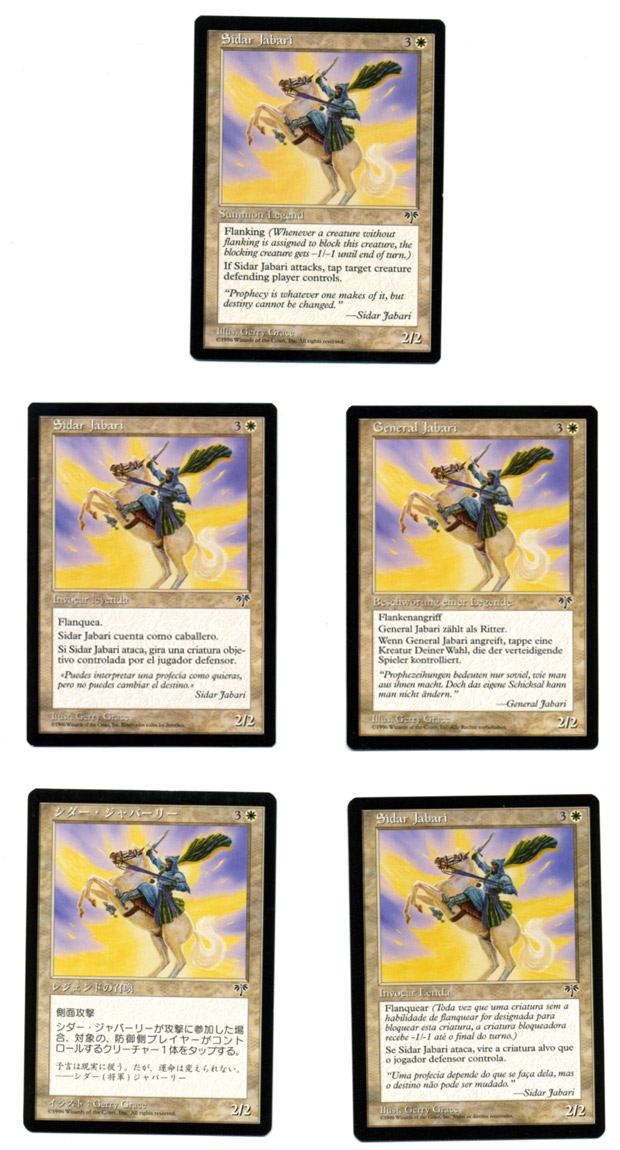 Yes, strange as it may seem, Sidar Jabari was sometimes a Knight and sometimes not. Well, that's not strictly accurate. Since the English printing is the "official" version, it wasn't a Knight, even though certain printings claimed it was.