his is Nils Hamm's Illness in the Ranks from Gatecrash. 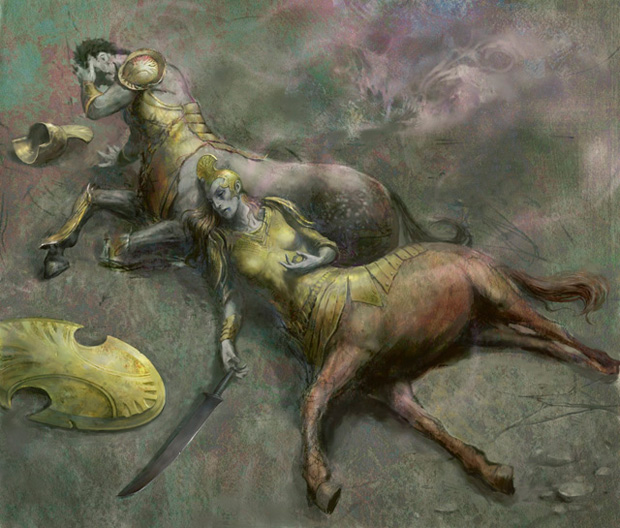 Illness in the Ranks | Art by Nils Hamm

These poor centaurs appear to have been stricken by some sort of horrible disease. Do they look a little familiar?