he challenge with doing a core set is that iconic cards need iconic art. Take Black Knight, which first appeared in Alpha:

For Fifth Edition, ol' Blackie got a bit of a revamp:

Now Black Knight is returning to the core set, and it's time for a new image. Here's the art description that went out to Christopher Moeller:

Color: Black creature
Location: unimportant
Action: This is the archetypal "black knight". He wears some sort of asymetrical plate armor, something akin to scorched brass, over a base of-rather than chainmail-black scales, perhaps fashioned from some horror. Show him on a black horse, maybe its ghastly, or breathes some, or has a skeletal head! He charges straight at the camera with a wicked-looking weapon of some kind in one hand and a spiked shield in the other -- a champion of evil.
Focus: the black knight
Mood: ruthless, fearless, merciless
Notes: the horse can be undead, but the knight himself isn't.

Christopher's first pass included an entourage to show that the knight was important enough to have a posse: 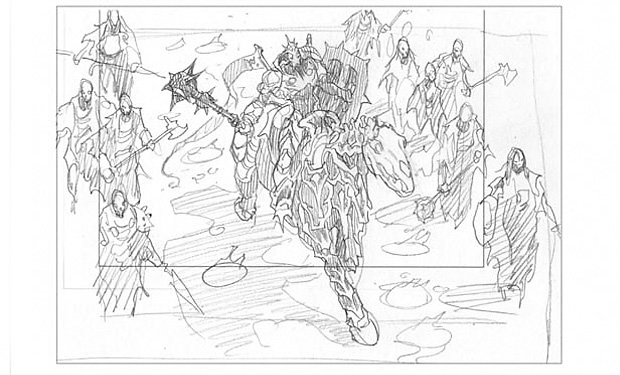 That's cool, but it was considered not visceral enough. Christopher was asked to do a version that engaged directly with the viewer, and he provided this: 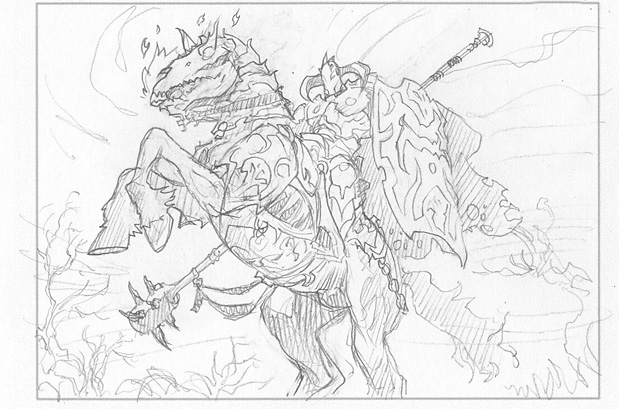 Ah, now that's iconic. Christopher was given the go-ahead and provided this beautiful art, befitting a classic Magic card: 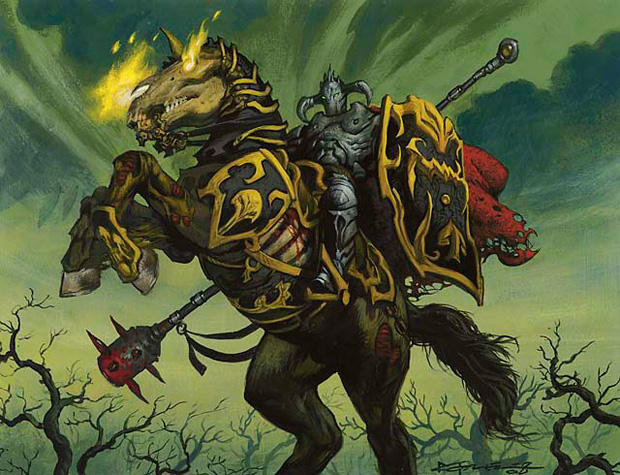 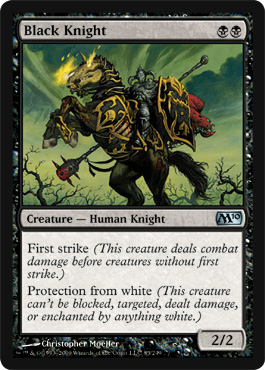