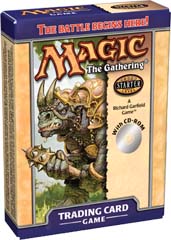 f you are a new Magic: The Gathering trading card game player, then the action starts here.

Grab a friend. Open a deck. Everything for two players is in the Magic Starter Trading Card Game. You each get one of the illustrated decks. No board. No spinner. Just you, your opponent, the cards, and some ingenuity. The action hits fast and furious as you fight to reduce your opponent's score from 20 to 0 using powerful creatures and spells.

The Magic Starter trading card game now comes with a CD-ROM loaded with exciting mini-games that cover every aspect of Magic play.

Are you ready for the battle?
Try it and see! 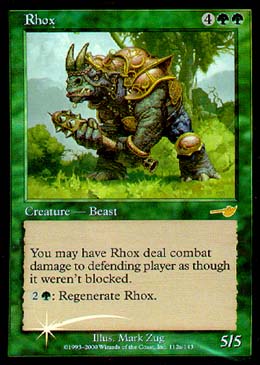