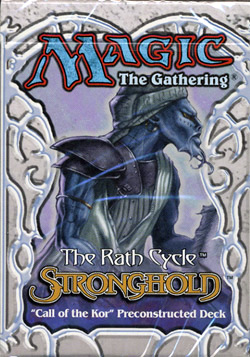 Call of the Kor

he "Call of the Kor" deck introduces the Kor race and exploits its damage-redirection abilities. This unique white and black deck allows players to keep white Kor creatures in play by redirecting damage to other creatures. 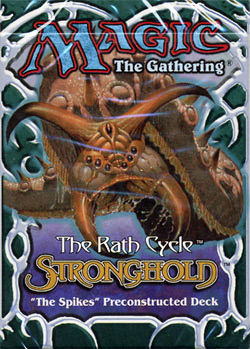 he Spikes deck introduces new creatures that sling +1/+1 counters from card to card, giving a player more control over the battlefield. As a starting point for more sophisticated decks using Spike creatures, this green and red deck is sure to be popular around gaming tables. 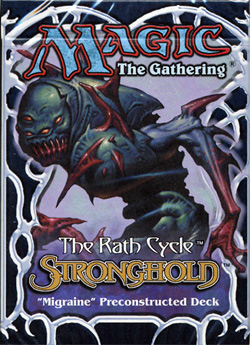 he "Migraine" deck features an array of fast creatures coupled with discard combinations to gain card advantage. This mono-black deck is geared toward the more experienced player, using a subtle design and potent theme. 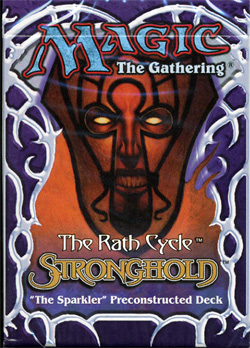 he Sparkler deck combines buyback direct damage with counterspells, bringing a lethal edge to the standard control deck. This red and blue deck will be a "sure-fire" hit with both veteran and new players alike.