The Tokens of Ixalan

With four factions vying for the treasures of Ixalan, much of the focus on the tokens comes from the four tribes, with two tokens per tribe and ten total tokens. That means we've got two lone-wolf tokens after each faction's pair.

But you could probably figure all of that out for yourself if you've already done the normal thing and just scrolled down. So, without further ado . . .

Jace, Cunning Castaway might not remember who he is, but he certainly remembers how to make illusions. Lots of them. Between those and the 0/2 Plant tokens with defender, Ixalan can be a pretty treacherous place. 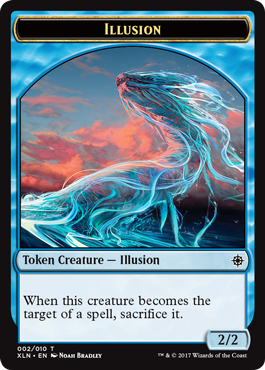 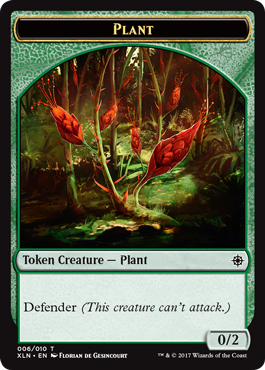 Okay, so I cheated a bit when I said each faction has two tokens. They do, but one of those tokens for each tribe is a Treasure token with art to match the kind of Treasure that tribe might hoard. For example, here's the Merfolk token and their Treasure. 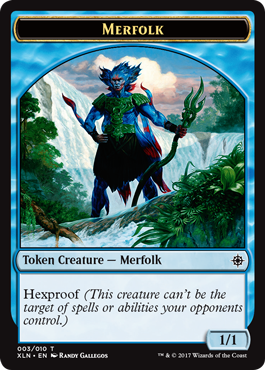 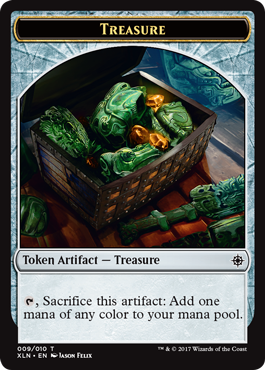 And then these life-linking, bloodsucking folk. 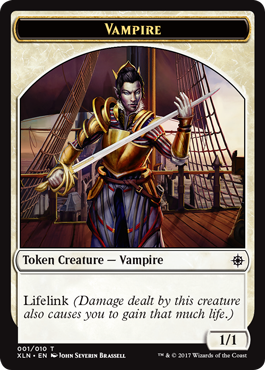 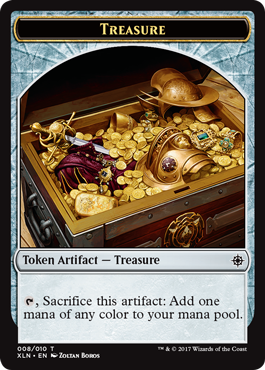 Yes, you can now have Dinosaur tokens. The dream is alive. 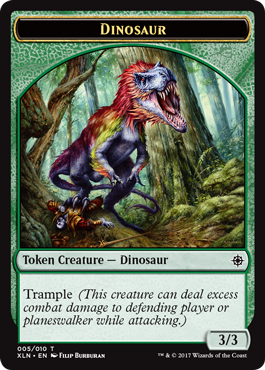 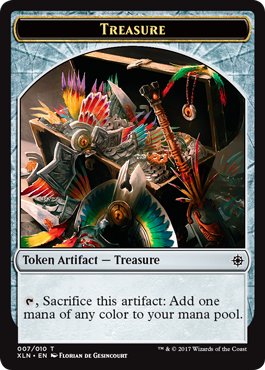 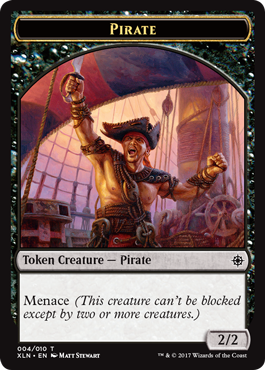 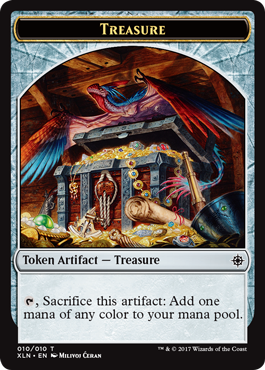