From the Vault Packaging

ack in February we announced this year's From the Vault: Twenty. Since we're just two months away from its release on August 23, 2013, it's time you get to see what the box looks like.

We aren't showing you what's inside, but that's coming soon! We might possibly have something special lined up for our panels at San Diego Comic Con and PAX Australia (keep an eye out for more info about what's going at each of these conventions). 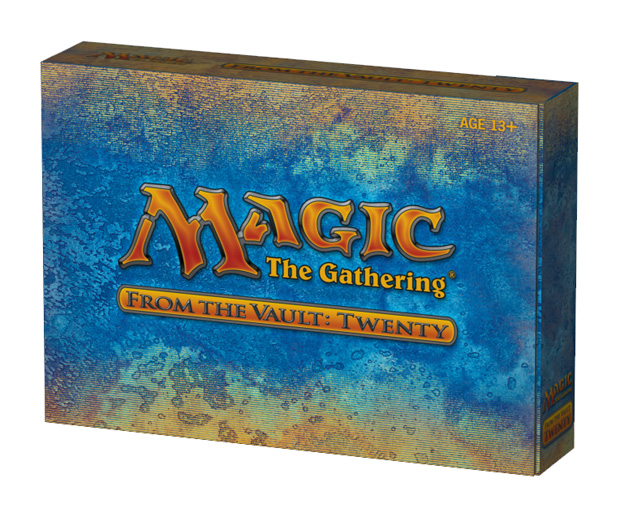 What's inside this box? Well, In case you don't remember, here's what is inside this year's From the Vault: Twenty: