From the Vault: Realms Info

s we announced here (and reminded people at San Diego Comic-Con), From the Vault: Realms will be released on August 31, 2012 with an MSRP of $34.99. It will contain fifteen powerful lands from the history of Magic. And here's a look at the box! 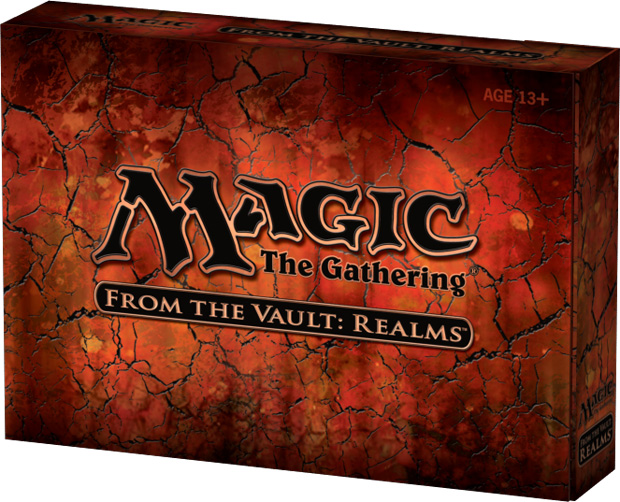 As long as we're on the subject, here are all the cards that were revealed at the aforementioned San Diego Comic-Con: