Wallpaper of the Week: The Purifying Fire

o you like fire? Do you like goggles? Do you like books? Then do we have some news for you! Check out Michael Komarck's beautiful cover of The Purifying Fire, by Laura Resnick! Here it is, in handy Wallpaper form!

And be sure to scroll down for the latest installment of Core Set Survivor! 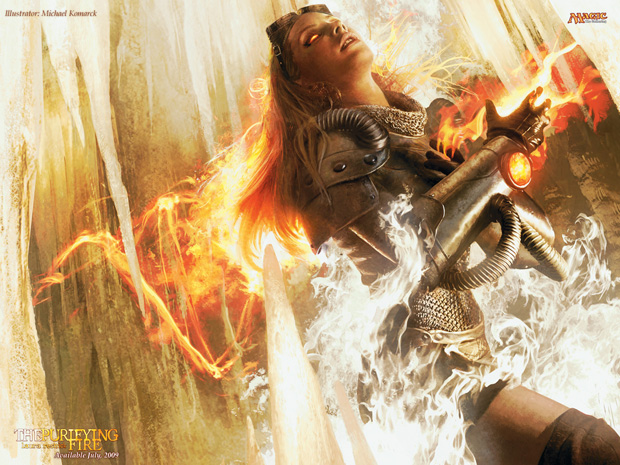 Reveal Goblin King's fate! It's OUT! Goblin King is out of Magic 2010!