This Week in Magic History: August 1-7 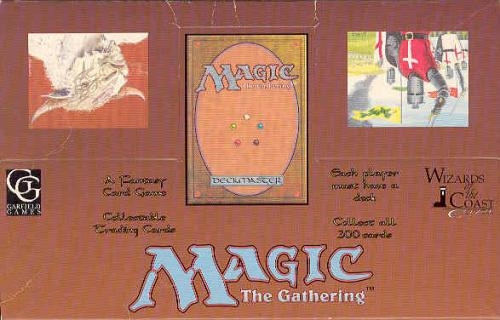 lthough Magic was first shown at Origins '93, it wasn't until August 5, 1993 that the public was first able to purchase Magic: The Gathering at Gen Gon.

Alpha's total print run was 2.6 million cards, and that ran out quickly. Beta came out in October and fixed a few errors. To see one of the errors in action, check out yesterday's Arcana, which features an Orcish Oriflamme being cast for only two mana at a tournament at that same Gen Con. That means yesterday's Arcana is also an entry into "This Week In Magic History", since it commemorates something that happened August 6 or 7, 1993.