This Week in Magic History: December 12-18 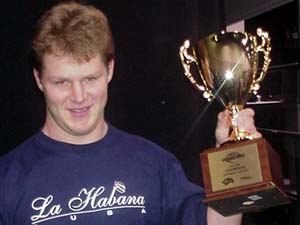 That was the sound of Ben Rubin backing his Dump Truck all over the established metagame. He built a unique blue-white-black control deck with an army of invitational winners. With the help of Jon Finkel and Chris Pikula's cards he was able to get past three separate decks types. He took out Tog in the quarters, Tinker in the semis, and Red Deck Wins in the finals.