This Week in Magic History: December 6-12 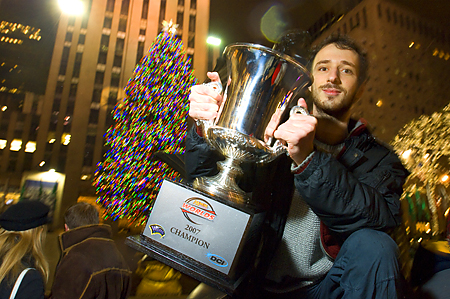 Last year, Uri Peleg defeated Pat Chapin in the finals to take the World Championships to Israel, while Team Switzerland took the team competition. Tomoharu Saito became Player of the Year for 2007 and was poised for a strong 2008.

To see more Magic history in the making, don’t miss the World Championships in Memphis this weekend! Tune into the live streaming video of the Individual Top 8 and World Team Championship on Sunday, December 14 at 9:45 a.m. ET.