This Week in Magic History: January 24-30

This has been a good week for Prereleases in Magic history, with four Prereleases all falling between January 24 and January 30. If you gain access to a time machine, and that time machine turns out to have a faulty "year" display (as they so often seem to), feel free to print out this handy chart: 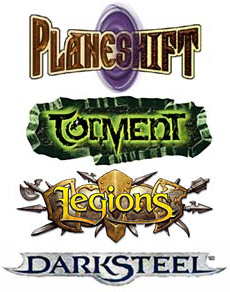 As a result, the last week of January has seen some crazy innovations in Magic. The three-color world of Planeshift, the black-tilted Torment, the all-creature Legions, and the introduction of indestructible in Darksteel have all shaken up Magic.

It seems almost too obvious to mention, but in case you were not aware of it, the Conflux Prerelease is taking place this very weekend, from January 31-February 1! Find an event near you or a larger Regional Prerelease by checking out this handy list!