This Week in Magic History: March 7-13 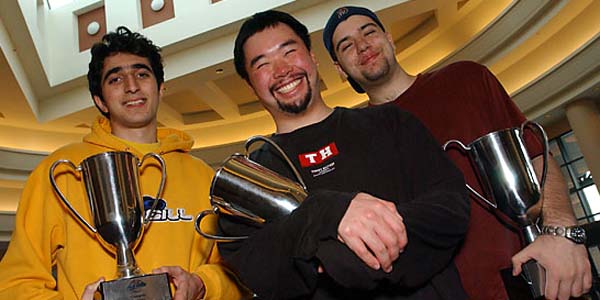 Most pros expressed no surprise at Nova's victory. Between the rock-solid reputations of the two Gabs and the ample team experience of Rood, they had everything working in their favor. In fact, both Rood and Nassif have been part of quarterfinalist teams who met their doom at the hands of Phoenix Foundation.

And here's an interesting historical footnote about this Pro Tour. It was Kenji Tsumura’s first Top 8, paired with those schlubs Tomohiro Kaji and Tomoharu Saito. They bounced him from the team next year and took Shota Yasooka for Charleston and reformed as Kajiharu80. They won, and Shota went on to be Player of the Year!

These stories and more are part of the official event coverage.