This Week in Magic History: May 2-8 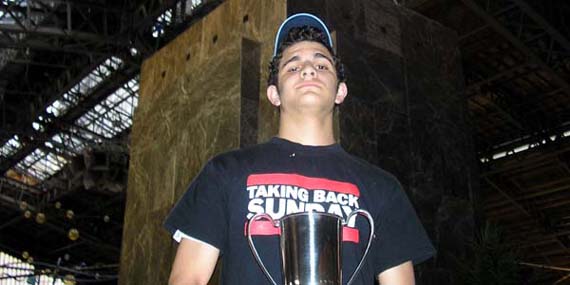 raditionally a Magic powerhouse, the United States hadn't won a single Pro Tour in 2005 when the Pro Tour came to Philadelphia in 2005. But young Gadiel Szleifer changed that, defeating Kenji Tsumura in the finals, three games to two.

Of the 311 players in the tournament, only 40 of them left Philadelphia without a prize check, thanks to the one-time-only "skins" payout, which gave a prize for a match win in any round, while the triple elimination took care of winnowing down the field.

This was also the Pro Tour that introduced the Player's Club and the first two Level 6 Players: Olivier Ruel and Julien Nujiten.