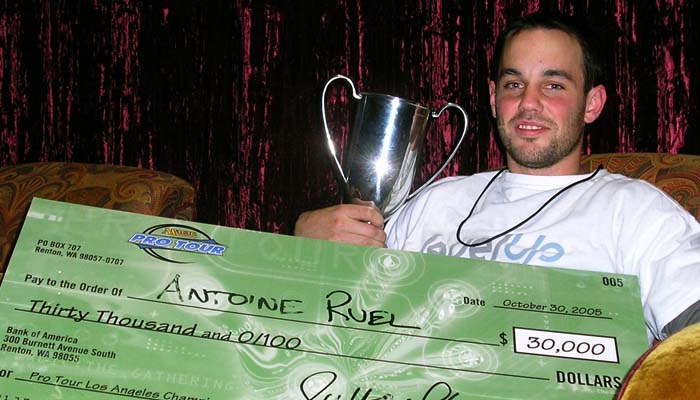 Ruel eschewed the just-rotated new Extended format's popular Dredge/Life from the Loam addition to the classic 'Tog build and it proved to be a smart decision. He started his run through the Top 8 by defeating Tsuyoshi Fujita and his Boros Deck Wins 3-1 and never looked back.