face it, my Internet face time is a shallow attempt to immortalize myself in the neverending fame known as Google searches. As a writer and as an insecure person, I continually strive to create a permanent marker on the world that will live on long after I cease to do the same. Will my Riftstone Portal-Nantuko Monastery deck still be an active topic of conversation well into the next millennium? The odds are only 50-50. But today, I can truly say that all of my decks are legendary.

That was a long walk for a short joke.

I was going to make up for last week's rare-heavy decklists with a fine sampling of Lite delicacies. But then this week turned into Legend week, and that plan sank to the bottom of the sea of lost ideas. Instead, I've prepared five, count 'em, five decks for your infotainment pleasure.

End of the Rainbow

Let's start with the most recent bad Legend card: Karona, False God! Akroma is kick-ass. Phage is kick-ass. Smush them together (as the novels tell us) and you get . . . this. It's a goofy card that can go crazy in multiplayer games, but its main use is as a bookmark. Unfortunately it's a bit on the small side to be a coaster or we'd really have something. Seriously, what went wrong here? In the same set is a cheaper, bigger, 5-color Legend that has the three cool abilities of stealing creatures, tutoring for creatures, and NOT attacking you on your opponent's turn. Even though Sliver Overlord is the superior Scourge Legend, the two can share space in the same deck. Hey, you're throwing your mana base out the window anyway, right? And both cards promote a tribal Sliver theme, right? So try Karona in a deck and let 'er rip . . . hmmm, rip . . . now there's a good use for the card: confetti ingredient!

As with any Sliver deck, mix and match the beasties as you see fit. I went with a base-red build, solidly supported by black and white. The Sliver I almost always searched for with the Overlord was Shifting Sliver to make my team unblockable. Unlike the Overlord, Karona's not a key feature in this deck—but if you ever want to put her to good use, this is a reasonable option.

How about another bad Legend card? Pro Tour players make decks with Akroma, Rorix, and Silvos. You don't need me for that. No, I approach the cards that other players fear to sleeve. It takes someone of my courage, recklessness, and stupidity to harness the awesome power of Seton, Krosan Protector.

Seton isn't just a slightly larger, ridiculously costed Llanowar Elf. He's a crazy mana engine! Seton's ability ignores summoning sickness, so you can have some explosive turns in a Druid tribal deck. I once played five Druids in one turn with only three Forests out: play Seton, tap Seton for Diligent Farmhand, tap Farmhand for Druid Lyrist, tap Lyrist for another Farmhand, tap that Farmhand for Elvish Pioneer! (Then my opponent played Brain Freeze, but that's hardly the point.) The deck is divided into cheap Druids and expensive spells; the plan is to play a Seton on turn 3 and go nuts on turn 4 with Collective Unconscious or Seton's pal Kamahl, Fist of Krosa.

The deck has a few weaknesses. OK, it loses a lot. The Druids don't do much without a Seton to boss them around, which is why Weird Harvest makes it in. It's not much of a creature tutor (I once dug up a Seton and a Kamahl just to see my opponent fetch twin Nekrataals), but it's something. Just about any form of disruption (Starstorm, Hibernation, Infest) spells doom, but against another creature deck, this can outdraw and outmuscle it with surprising speed. Plus, all three Druid Legends ever printed (all of whom are pals in the storyline) are represented here.

Here's a treat for you: A deck not made by me! That's not really casual! Bladewing the Risen isn't so much a Legend as it is a combo piece, and this next deck (or something close to it) made waves in the Wizards R&D Future Future League when Scourge was being tested. With this deck, you want to drop four things into your graveyard: a Bladewing the Risen (for reanimation purposes), another Dragon (which the ex-Rorix will pop out automatically), a Bladewing's Thrall (which will also jump into play), and an Anger (so your Dragons and Thrall have haste). Then you just need a Zombify in your hand and the fun can begin. All the graveyard-dumping and deck-searching can be accomplished with just one card: Insidious Dreams.

Other cards help, of course. Sickening Dreams is essential to keep you alive against weenie rush decks because you usually won't put anything at all on the board until turn five. It also eliminates the unbelievably pesky Withered Wretch while dumping Dragons and Thralls into your graveyard. Some numbers can be tweaked (you MUST get land #4 down, so perhaps a 26th or 27th land in the deck is a good idea), but you get the general idea. This is a pretty appropriate deck for Legend week, because adding the Legend creature type to the reanimator Dragon (and turning it into a new version of Rorix) is what prevented this deck from being utterly bonkers. It's only somewhat utterly bonkers now.

I like this deck, but two flavor aspects of the Scourge Legend really get under my skin: I'm perturbed (yeah, perturbed) by the fact that you can have both Rorix Bladewing and Bladewing the Risen in play at the same time, and I'm seriously irked (yeah, irked) that B. the R. is a Dragon Legend and not (as it so obviously should be) a Dragon Zombie Legend. Look at it! It's a corpse! It's undead! It's RISEN, for Urza's sake!

Time to move on to a much less reasonable Legend combo deck. Llawan, Cephalid Empress is not exactly a maindeck card. She can be a sideboard superstar to be sure, but her ability is pretty lame if your opponent isn't playing blue. Did I say blue? I meant red. No, green. While Llawan always went well with Alter Reality, Eighth Edition brought her the gifts of Mind Bend and Shifting Sky. And as long as you've got your Crayolas out of the box, why not change the color words that appear on Hibernation, Possessed Aven, and Major Teroh? Not enough? Add in some mixture of Circle of Protection: Blue of Protection and Sphere of Reason of [Some Intangible Property]. Eighth Edition provides even more tools to help the deck motor along: Merchant Scroll to fetch a text-changing instant, and Catalog to dig through your deck. Catalog isn't the best card-drawing spell out there, but it helps you reach threshold and you can grab it with the Scroll.

I make no claims about the winning percentage you'll post with this deck, but it sure is fun to play. In one game, I frantically hacked my CoP from green to red to green in the same turn to prevent lethal damage first from a Hammer of Bogardan that wouldn't go away, then from a pair of Phantom Centaurs. I couldn't knock off the Centaurs with my Aven because even though I was at threshold and it was set up to destroy green creatures, it was black and the Centaurs had protection. On my final turn, I was one mana short from locking down the game entirely by playing Shifting Sky to turn everything red (thus negating the Centaurs' protection), hacking the CoP to prevent red damage, and leaving enough mana untapped to activate the CoP the necessary number of times. Whee!

Finally, I'd be remiss to let Legend week go by without mentioning the Legend Lord, Captain Sisay. Tap to tutor for any creature in your deck? That seems good. It's so good that Sisay usually won't stick around long enough to be much help as she has a huge bull's-eye painted on her. But while a 2/2 is easy enough to dispatch, the rest of the creatures in the deck should prove to be far more challenging to remove.

The Legends that Sisay recruits are large and, naturally, cost insane amounts of mana. Good thing we have a crazy assortment of land-fetching spells: Krosan Verge, Rampant Growth, Krosan Tusker, and Explosive Vegetation ensure that you can play anything you draw and still have enough mana left over to create a passel of Saprolings. And why play Molimo, Maro-Sorcerer unless it'll be huge?

Whew! That was indeed a legendary effort on my part. (Ugh! Did I just use the same joke again? Why would I do such a thing?) Until next week, have fun with Legends. 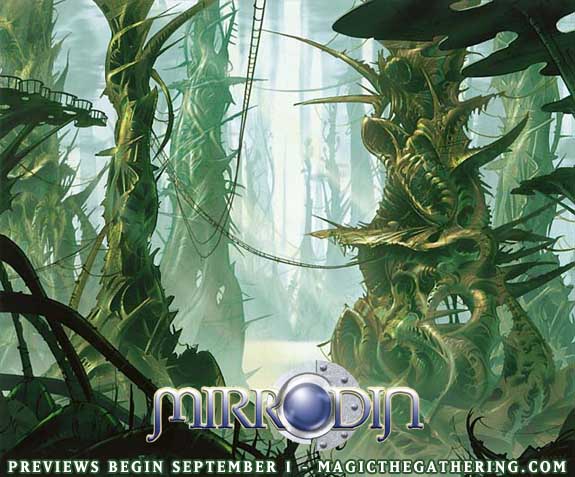