hink about Gem of Becoming. 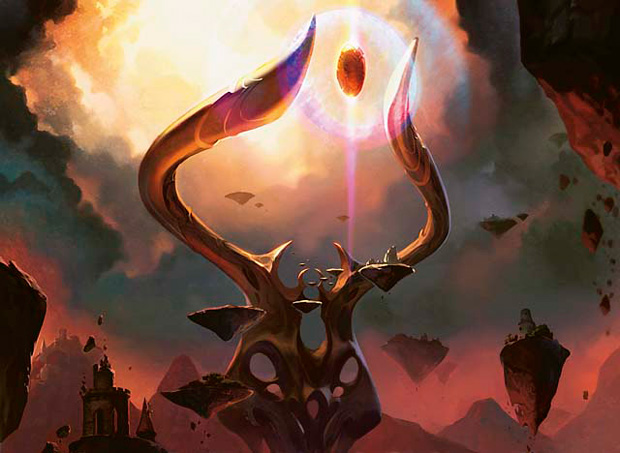 It's not exactly the thing hanging between the horns of Nicol Bolas, Planeswalker, but it's certainly the same sort of thing. So here's the question: why is it a Gem of Becoming exactly?