What was the first deck you ever built?

Zac Hill: The first deck I ever built was a red-green flying deck. The fact that red and green were the "worst" colors for flying creatures was totally unknown to me. While I had played Magic starting with Revised, I always just played other people's decks. The deck I built contained many, many Kyscu Drake and Spitting Drakes, and I think a Whippoorwill because I thought it flew even though it didn't. One copy of Viashivan Dragon, baby! 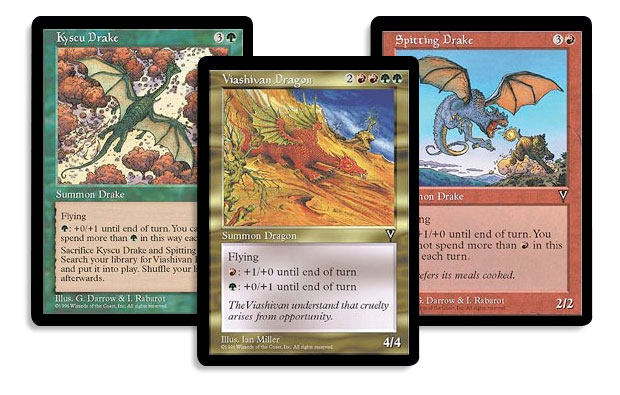 What was the first deck you ever built? Click the Discuss link below to tell us your story and then see what everybody else has to say!