What's the greatest Pro Tour moment of all time?

Josh Bennett: We may recognize truly great moments as they happen, but it's only in the fullness of time that we can see their significance. A masterful play, an impossible topdeck, these are exciting. They force us to our feet, cheering. True greatness, however, casts a long shadow. That's why I think the greatest moment in Pro Tour history is Kai Budde's Armageddon at Pro Tour–Chicago in 2000. 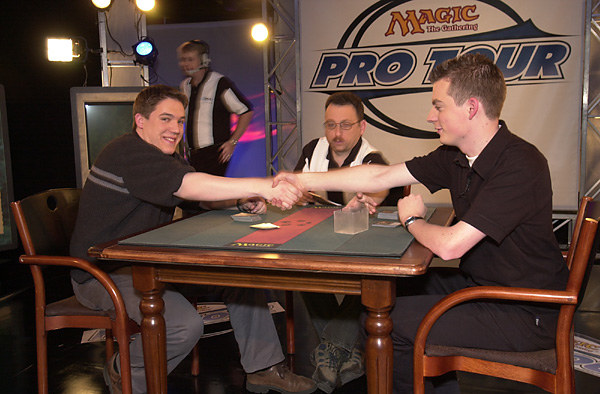 Having fought through a Top 8 with four other future Hall of Famers (five if the Brian Kibler Fan Club has their way), the reigning World Champion Kai Budde was up 2-0 against Kamiel Cornelissen. After some back and forth, Budde caught Cornelissen tapping low to keep up. Budde locked up the rest of his mana with Rishadan Port and then cast the four-mana dreamcrusher, locking up the win.

It wasn't just the utter backbreaking of the card itself, or that it completed a sweep of the finals that brought the cheers from the crowd. It was the way he announced it, in the dramatic, measured tones of his native German: Götterdammerung. Sideboard Magazine ran with the headline "Götterdammerung! Budde Destroys Chicago!"

In itself, not much more than a good Pro Tour victory story, but consider that "Götterdammerung" translates as "Twilight of the Gods." That's exactly what that moment was: The end of the old standard of excellence in Magic. Over the coming years, Kai would set records that were previously thought impossible. He would become the giant against whom all mages are measured, and at Chicago, he unknowingly announced it to the world. 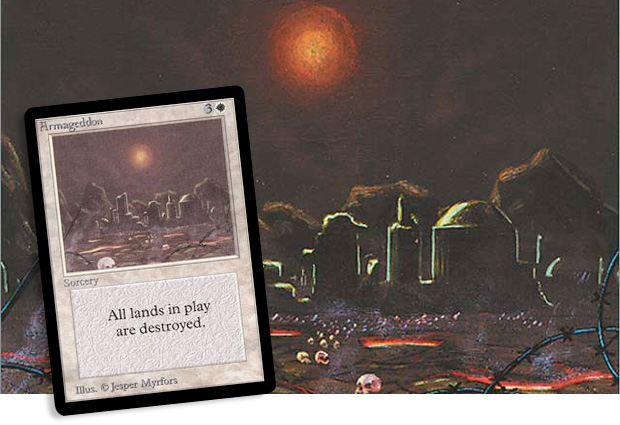 What's the greatest Pro Tour moment of all time? Click the Discuss link below to tell us your story and then see what everybody else has to say!