What's the best pack you've ever opened, or seen opened?

Kelly Digges: I snapped this picture over Bill Stark's shoulder at an after-hours coverage draft at last year's Pro Tour–Honolulu. It doesn't show the whole pack, but I don't think it really needs to. 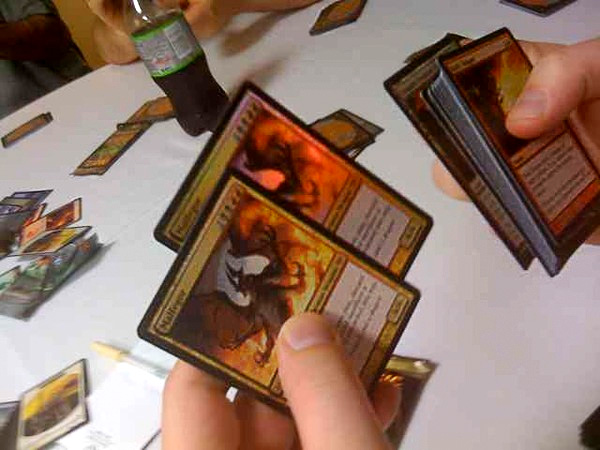 That's a great pull, although maybe not so great to open in a draft ....

What's the best pack you've ever opened, or seen opened? Click the Discuss link below to tell us your story and then see what everybody else has to say!