What do you know way too much about?

Tom LaPille: I might know too much about Magic. I've been playing since 1997, at which point I began to religiously follow tournament Magic on The Dojo and The Sideboard. Since 2002 I've been playing in Pro Tour Qualifiers, and I played in four Pro Tours from 2005 to 2008. I can pretty much tell you what was good in any Constructed format from 1998 to now. I know the depths of the Magic rules better than most competitive players I know. You can't throw me with anything involving layers or copying; about the only card that leads to rules questions I can't answer is Opalescence, which is famous for being the card that people use to stump the highest-level judges. I also know most cards from 2002 forward by name, with the exception of a few of the Kamigawa legends that I never played in Limited. Finally, I know almost any card from 2002 forward by art alone, and I can play perfectly functional Magic with foreign cards under most circumstances. 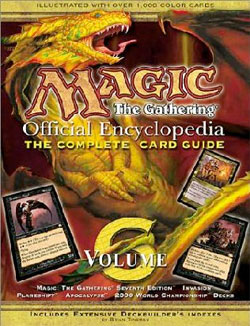 This doesn't feel right. Making Magic is my job, so I don't think I can know too much about it. Hmm.

Okay, let's try this again. I might know way too much about feudal Japan. A Legend of the Five Rings RPG campaign led me to start studying kenjutsu, which I've been doing for a year now. The combination of those two things pointed me toward learning a ton of stuff about Sengoku-era Japan, which is fascinating to me because of the vast social upheaval that was happening to a fairly repressed and isolated civilization. I now know a lot about the broad strokes of that period, but along the way I've picked up a lot of random minutiae. The word "kimono" is now so broad to me that it's pretty much useless, since you could be talking about a kosode, a juban, a furisode, or a yukata. I know what people's lives looked like all the way down to what they ate for breakfast, what buildings they lived in, and how they kept warm in the winter. I also know a bunch of history of the time period's sword schools and what wars looked like, in terms of logistics, number of combatants, tactics, and the experience of individual soldiers.

Wait a minute. Knowing this stuff makes me happy, and I keep trying to learn more about it. Yeah, this is wrong too. 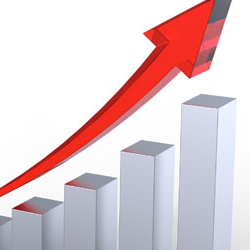 One more try. I might know too much about investing. For one summer, I worked at a company that sold retirement plans to other companies. My job was to investigate categories of mutual funds, write reports about the category and the funds it contains, and make recommendations about which funds to add to our plans. The more I learned about how mutual fund companies worked, the more disillusioned I got with the investment world as a whole. It was rare that any specialized investment actually beat the market as a whole, and the higher expense ratios associated with heavily managed funds caused those who invested in them to lose money for no reason. I'm no longer an investment professional, and neither I nor Wizards of the Coast are here to give you investment advice, but my own investments will always be in low-expense-ratio index funds and low-expense-ratio bond funds. I know a lot above and beyond that single conclusion, all of which is both useless and depressing.

Okay, that's it. I know too much about investing. How about you?

What do you know way too much about? Click the Discuss link below to tell us your story and then see what everybody else has to say!