The World of Avacyn Restored 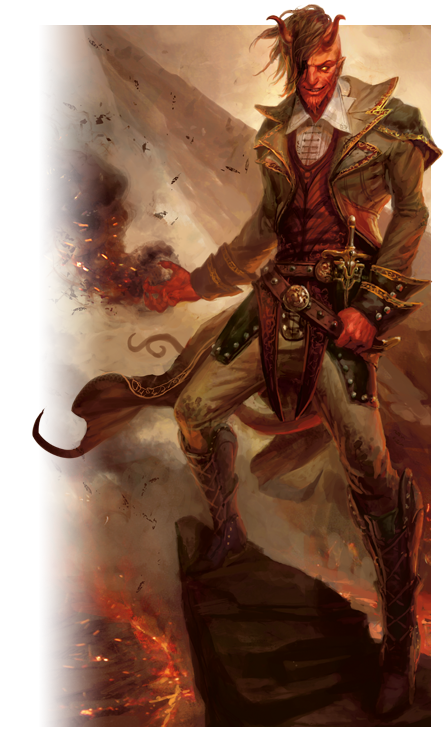 The student of a Nephalian skaberen, Tibalt tried to follow in his master's footsteps, cobbling together and reanimating corpses. But he lacked the talent and discipline for the dark, exacting work. Nursing a growing seed of hatred fed by his own failures and isolation, he began to turn his talents toward the realm of the living. His experiments tested the ability of living organisms to withstand pain.

Tibalt used only vermin at first but then moved on to larger animals and eventually to vagrants. As if summoned by the evil nature of these new experiments, devils began to gather near Tibalt's laboratory at night, whispering in their strange, chittering tongue. In time the devils offered Tibalt insights into what fascinated him most: the true nature of pain. Filled with a sense of power, Tibalt grew more sadistic and more careless, oblivious to the whisperings of the townsfolk.

It was only a short time before an inquisitor's boot kicked in the door of his laboratory. Cornered in a room filled with jabbering devils and torture devices, Tibalt should have been executed or jailed for life. But at that moment he invoked a potent and hateful spell built from the devils' utterances and his own grim discoveries. The spell fused his own essence with theirs—at the cost of inflicting on him all the pain he had inflicted on others. In that moment, Tibalt's Planeswalker spark ignited and flung him across the Multiverse, away from the inquisitors' blades. Now half-human, half-devil, Tibalt is free to practice his "art" on countless planes.

Back to the World of Avacyn Restored