The World of Dark Ascension

In Innistrad, no one ponders the existence of evil. It has always been there, and no one expects it to change. Vampires, werewolves, zombies, spirits, demons: these are part of the natural order of the world. Humans have always battled the forces of darkness and had their backs to the wall in the fight of good versus evil.

But the world is changing. Evil has won the upper hand, and Innistrad is overrun by creatures of the night. The archangel Avacyn has vanished, and her church has weakened dramatically. While the priests and soldiers struggle to hold back the threats, villagers cower behind walls and pray for the morning light. Innistrad has become a nightmare world of monsters and dark magic. Even some of the angels have begun to despair.

The people of Innistrad have relied on the Church of Avacyn to keep them safe from the bloodthirsty and the undead. With Avacyn's protection, humans held their own against the creatures that sought to destroy them. Faith had real power for Avacyn's flock. Cathars, the holy warriors of the church, watched over settlements and graveyards with their swords and holy magic. Even an isolated family deep in the woods in Kessig enjoyed a measure of safety inside their sturdy cottage. But when Avacyn vanished, the power of her wards began to fail. Without her, no one is safe, not even in Thraben, the largest city and seat of the church.

In Stensia, powerful vampire families still quarrel among themselves, but they're growing stronger as the power of the church wanes. The vampires are expanding into lands that were formerly under the protection of the church and eating entire human settlements in their path. Sadistic devils run amok, causing destruction and mayhem wherever they go. Werewolves ravage villages with virtual impunity. Ghoulcallers have turned unprotected graveyards into zombie playgrounds while alchemists create increasingly horrifying monstrosities. Even the geists—no longer kept quiet by the power of the church—have fled their tombs and haunts and are free to torment the living.

The people of Innistrad are accustomed to seeing their beloved changed into zombies, vampires, and other abominations. But now humans—both living and dead—are being transformed into monsters at an alarming rate. A peaceful death, also known as the Blessed Sleep, is the goal of most of Innistrad's humans. But staying buried after death is a luxury few people have, and survivors must bear the indignity of seeing their loved ones become homicidal monsters. Villagers are bitten by werewolves in the streets and their homes. Geist possessions have become all too commonplace. In Innistrad, hope is becoming the most precious thing of all. 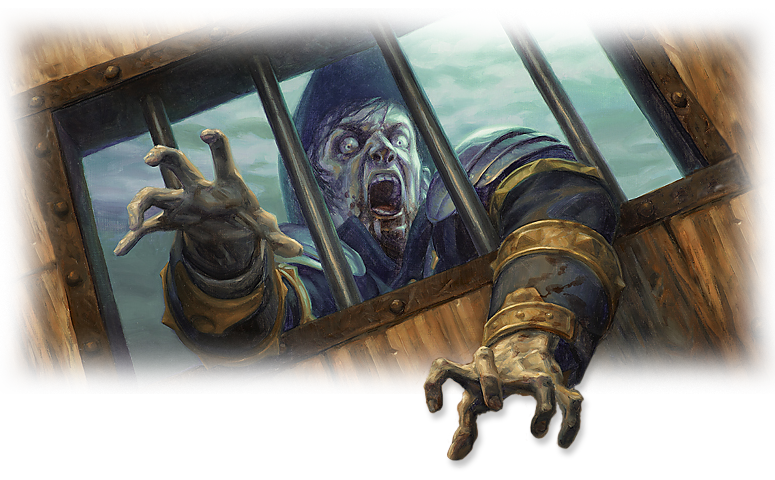 Things are very grim, but not everyone has given up hope of Avacyn's return. The angels have not abandoned the humans even though their power to protect them has diminished. The holy warriors of the church work tirelessly to shore up defenses to keep evil at bay. Faithful priests do their best to reassure their flock that sometimes the darkest hour is just before the dawn.

Back to the World of Dark Ascension