The Province of Gavony

Gavony is the province where humanity remains safest and strongest, nestled within the great walls of Thraben, the plane's largest city. While settlements on the outskirts are constantly under assault, Thraben and its massive Cathedral remain relatively safe. Smaller towns radiate outward from Thraben across Gavony's rocky moors. Small copses of trees dot the landscape of rolling hills and heaths.

With Avacyn missing, geists of the dead rise in droves to torment the living. Because more of the dead are buried here than anywhere else, Gavony is plagued by ever-growing undead hordes. Ghoulcallers and skaab-stitchers ply their unholy trade even inside the walls of Thraben while secret cults conspire to serve demonic powers.

Mikaeus, the revered Lunarch, attempts to keep the citizens calm, but he is a pale mote of dust compared to the light of Avacyn. Without the archangel's grace and guidance, his power wanes, and he relies heavily on Thraben's holy warriors to fight off the werewolves and vampires with steel and silver. Mikaeus frantically attempts to solve the mystery of Avacyn's disappearance, but the darkness is fast approaching and time is running out. 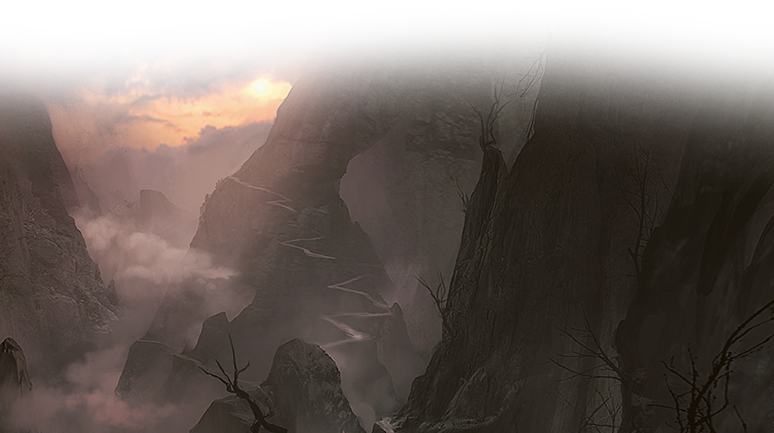 The province of Stensia is the darkest on Innistrad, both literally and figuratively, but also the most dramatic, the most storied, and the most unexplored. Its valleys range from pastoral rangelands to black bogs into which dead conifers slowly sink. Its forested midlands, riddled with wisps of thick fog, show colors from deep green to purple to orange-gray. Its far-flung indigo and black mountains disappear into the clouds, and humans can only imagine what dwells in the shrouded peaks. The sun never quite seems to break through the oddly colored clouds in Stensia.

The ruling powers of Stensia, the vampire bloodlines, reap the benefits of the region's isolation. The Geier Reach mountain range that dominates the province separates the valleys from each other, making them easier to monitor and control. The long-suffering humans of Stensia have an illogical loyalty to their homeland, but truth be told, most have little choice; they are trapped between the province's narrow mountain passes and bound to their time-honored lives of herding and gathering.